An uneventful Valentine’s Day, which was part of the problem. A tough day not to think about lost love.


“Goodbye, goodbye, goodbye old friend
I can’t make you stay
I can’t spend another ten years
Wishing you would anyway
How the sky turns to fire against a telephone wire
And even I’m getting tired of useless desires”

Java and I went skijoring in the morning. We did a pretty fast clip as it was breezy and cool. That meant two falls, one on each shoulder just to even things out.

Java and I drove around and looked at townhouses. I know I said “no way” to the townhouse idea but then I was thinking that I hate being in an empty house now, so I’m gone as much as possible. So maybe what I live in doesn’t matter that much. Without the horses on the property or someone there to spend time with, a house is just a place to eat, sleep, and keep my stuff. 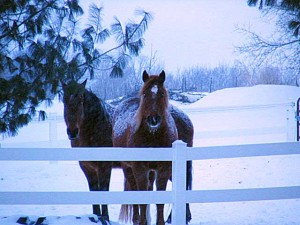 But then I looked at the association fees at townhouses and I’m flip-flopping again. At the place I like the most, the association fee is $325 a month! Are they insane! I can’t afford that plus the $250 a month for horse board!  So I’m back looking at houses as they are actually cheaper and I’ll just have to deal with the upkeep. 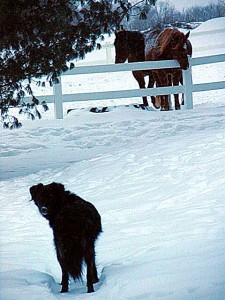 I broke down and went for a massage tonight. How can IMMENSE pain make your muscles and tendons feel so much better? Maybe it’s just that the pain of the massage has stopped. No, everything feels so much looser now. The massage therapist kept muttering, “Hmmm” and “Oh my” and “Wow”.

There was a lot of popping and snapping going on as knots gave under pressure. She even used hot stones to warm up my muscles so they’d give better.

This is how Java takes care of her back. 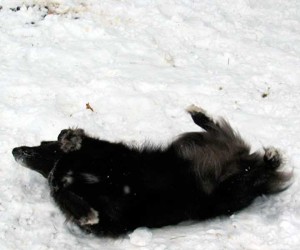 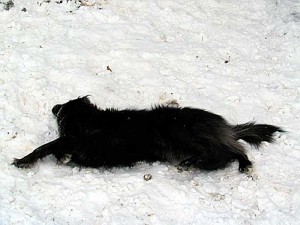 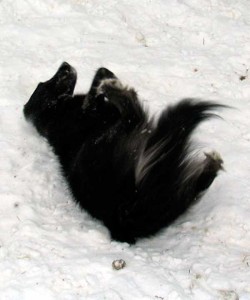 Of course, it was a quick fall from euphoria to reality when I tried to let the horses in and the barn door wouldn’t slide. The snow melts and drips during the day, then freezes after dark. So the bottom of the door was stuck in ice. I had to smash the ice along the edge of the door with an ax. Ouch.

But my back and shoulders still feel better than they did. I’m going to see a chiropractor on Wednesday because it also hurts to move my neck or twist my spine. And I think I’ll be going back to the massage therapist once a month if it helps as much as it feels like it might have.

I know what some of you are thinking, but these injuries aren’t from the skiing; they’re from lifting and there’s not much I can do to avoid that. And skiing is one of my more useful desires.

“How the sky turns to fire against a telephone wire
Burns the last of the day down
And I’m the last one hangin’ around
Waiting on a train track, and the train never comes back
And even I’m getting tired of useless desires “ 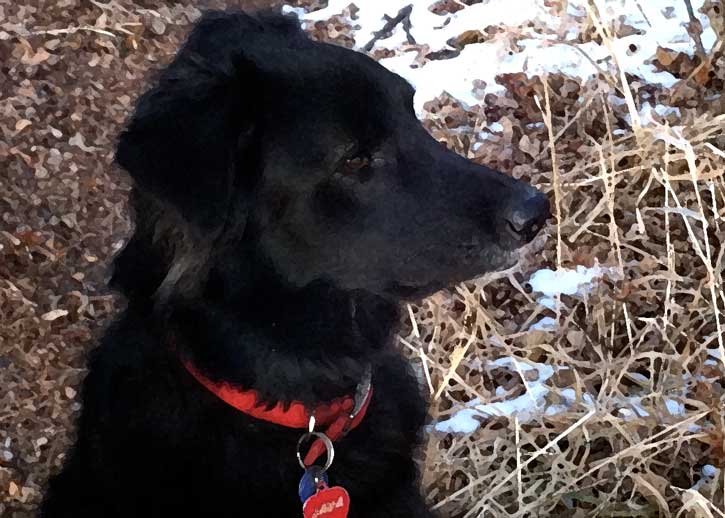 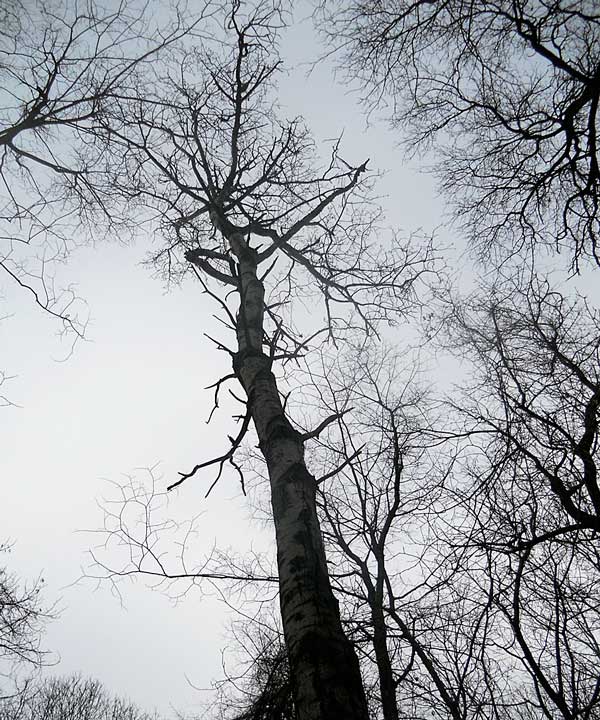 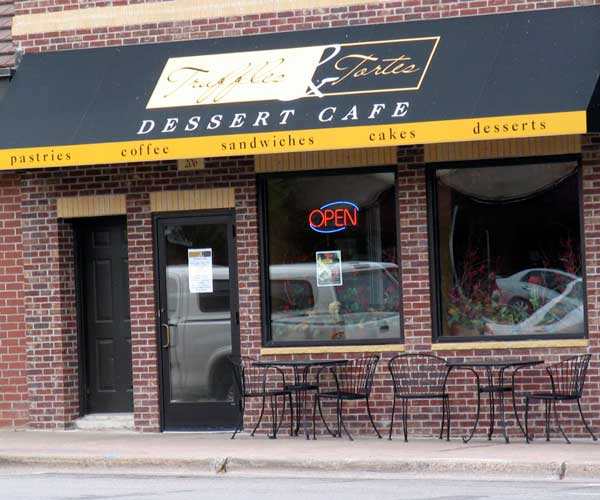 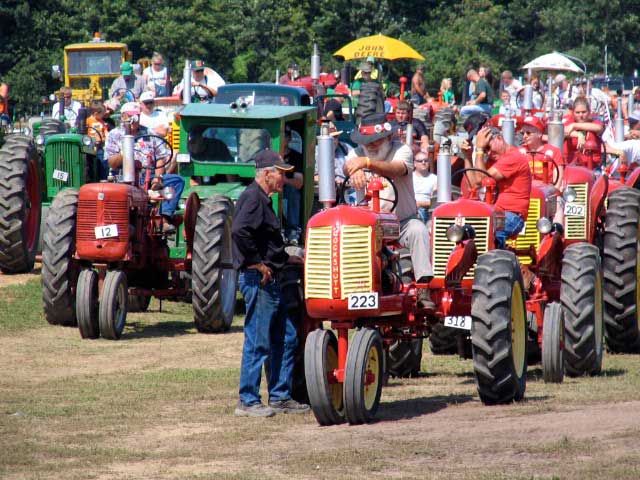 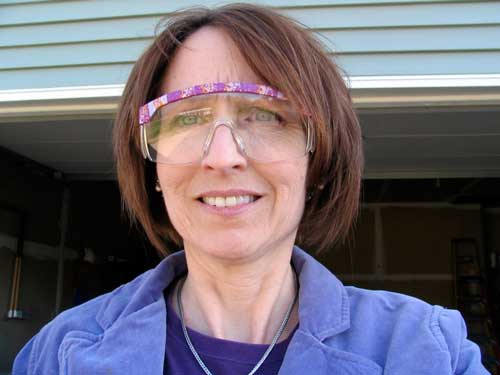 When I titled my post yesterday, I really wasn’t thinking about the lyrics to the song, which I’ve included below. More fitting than I realized. The Captain and Tennille were married in 1975 and, sigh, are still married. I wish I knew how to make that second verse work. No super powers for me. Love…