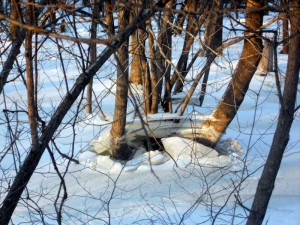 It’s been a wild week weather-wise — temperatures up in the 40’s a couple days, lots of rain, then frozen pellets. Our lovely snow now has the consistency of butter brickle. I was so looking forward to going skiing, snowshoeing, and sliding over New Years weekend, but have you ever tried to do any of those things on butter brickle? It made me a tad cranky.

Yet the weekend was not without its perks. New Years Eve, I went to lunch with three friends. Well, one woman I hadn’t met before but I’m going to go out on a limb and call her a new friend. I hope so anyway.

My friend Sue expressed how I’ve been feeling in the friendship department so well, that I’m not even going to try here. 2010 was the year of meeting incredible women  and developing friendships — many of them I’ve met because of Sue and I am so grateful for that. I hope 2011 will be more of the same.

No New Years Eve party for me. Instead, I did some cooking with a friend. I made brownies first that took forever. Makes a girl long for a new stove… Then we made roasted salmon with fennel, red onion, and grape tomatoes. That’s a recipe I’ll try again. 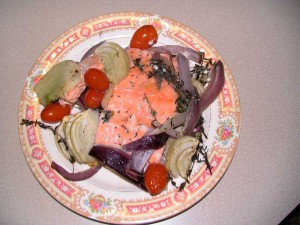 Today the high was only about 12 degrees and it was very windy so the “real feel” was in the negative numbers. That made it a good day to clean house and try to catch a few photos of the birds at the feeder.

I have never seen so many cardinals flocked together as I get at my feeder at my new house. 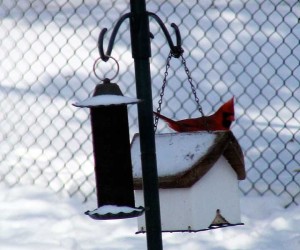 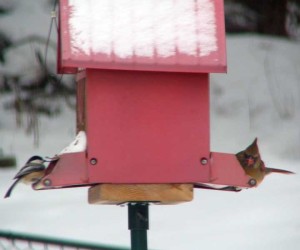 The red of the males stands out so brightly when they are up in the trees. 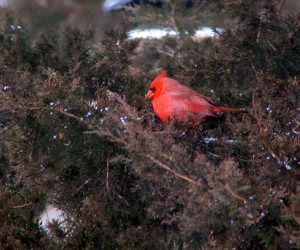 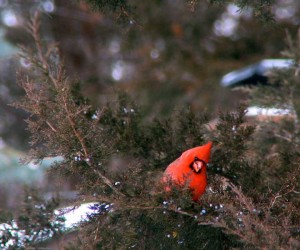 I put on my telephoto lens to try and get some closer shots. Like with all things to do with photography and operating a camera, I need some work with that lens. That’s one of the things I want to do in 2011, understand my camera better and develop a better eye and technique with my photos.

Java was exhibiting signs of cabin fever, so despite the biting cold, we took a walk down by the river.

It looked like the river had risen quite a bit, maybe during the thaw from the warm temps. The ice was piled on or around some of the trees. 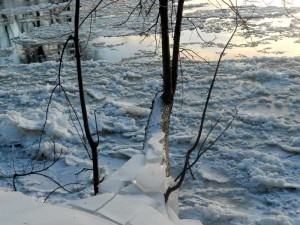 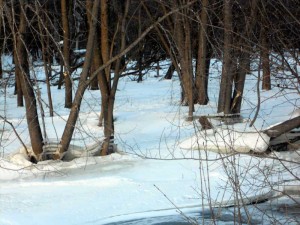 The first photo in this blog post is a closeup of the trees shown in the photo above. The ice had formed steps up the trees.

When the wind blew and the trees swayed, they made a sound like whales calling to each other — kind of eery and sad.

The ice flows on the river were moving by at a good clip, and they were creaking, crunching, grinding and sshhssh sliding. I wish I would have had my recorder with me. 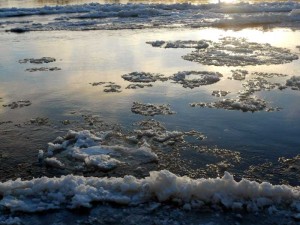 But this is my favorite photo of the day.  No more words… 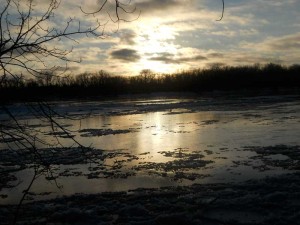