Whenever I visit family or family visits me, after their visit, their absence is heard in the silence, the lack of conversation and laughter. It’s felt in the lack of them, the empty space that was so recently filled with a familiar, cozy presence. 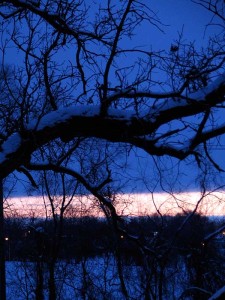 It takes awhile to adjust and for things to feel normal again. Or as normal as my life ever feels.

But I should stop talking about the sadness and let you in on the holiday fun. Right after I picked up Lain from the airport on Christmas Eve, we drove to a second hand store called “Unique Thrift”. Lain found a leather jacket and a retro-sequined shirt. I found a couple belts, a Santa pin, and a sweater. Not the huge, exciting finds we were hoping for, but it’s the comraderie of the hunt that matters.

Christmas was mainly spent cooking and doing dishes. I’ve never done a holiday dinner where it took me all day to prepare things and we didn’t even prepare that much, but the stuff was kind of putsy. First I made cookies and then a pumpkin pie — get the sweets out of the way first.

Once the pie was done, I put in the turkey. I used a cooking bag, which I’d never done before. It certainly made the turkey tender but I also had some problems with the turkey wings sticking to the plastic. The turkey broke in half when I was trying to remove it from the bag, and Lain and I had to do some sculpting to try and make the turkey look presentable for my photos.

After I put the turkey in the oven, Lain started preparing his potato salad, which required a lot of peeling, boiling, cooling, and chopping. His potato salad is the best I’ve ever had and the guests we had over the day after Christmas agreed, so it’s not just Mom pride talking. 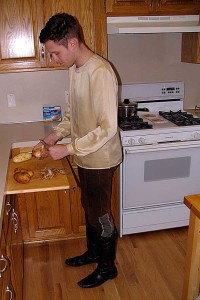 Java watched all the chopping action, wondering if anything good was going to fall on the floor. 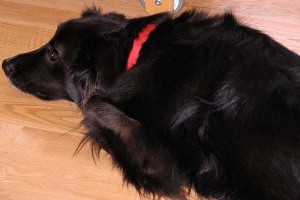 While Shy appeared to be a little anxious over all the commotion. 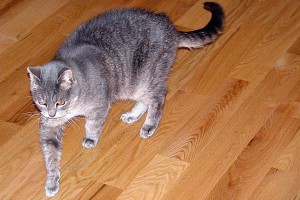 When the turkey was almost done, I started making the sweet potato fries. I read that if you soaked the cut up sweet potatoes in cold water for 20 minutes before baking, that they wouldn’t be soggy. Well, mine still turned out soggy. I think maybe I used too much olive oil. I’ll try and be more cautious next time. Plus, I used actual sweet potatoes (white) instead of the yams (orange) I’ve used before. I’m not sure if that makes a difference but regardless of the soggy factor, the course garlic salt, cracked pepper, and rosemary I put on them made the fries taste awesome.

So here was our Christmas dinner. This was the first time I’d actually used my refinished table and chairs. The chairs are comfy indeed. 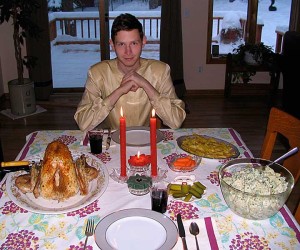 Lain was too full to have any pumpkin pie. I was not. 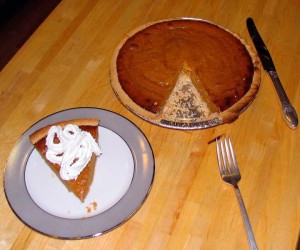 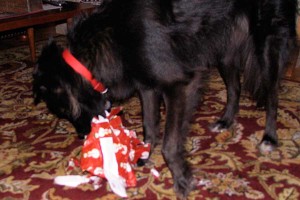 Shy enjoyed laying on her present. 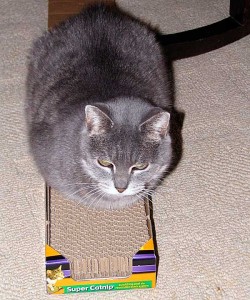 I learned from my son that you can watch all six seasons of Xena, The Warrior Princess on Netflix’s instant view. It was like old times as this was a regular weekly routine when Lain was a kid. 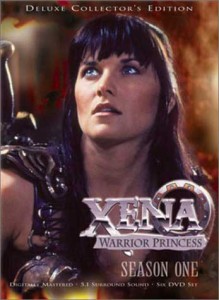 The day after Christmas, Lain and I drove to the Goodwill. I found another belt, a purse, a couple turtlenecks, and another sweater. It’s been very cold at work this winter so I’m doing a lot of layering. Lain found a fur coat. We were both pretty disappointed in what Goodwill had to offer, but it’s one of the few thrift stores that’s open on Sundays. 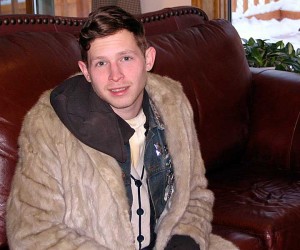 Lain’s sister (my stepdaughter) and her husband and son came over for dinner. Lain made turkey enchilades that were a big hit, along with his potato salad. 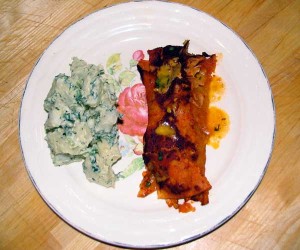 It’s been a long time since I’ve had a six-year-old boy in my home. Java was quite the trooper. I now know that she is essentially child proof, but she was utterly exhausted after the visit. 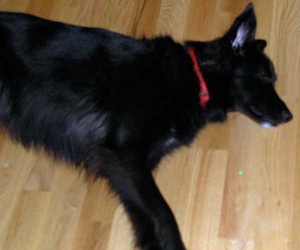 It was a wonderful Christmas — spent with family I haven’t seen for awhile. It made my house feel more homelike, sharing it with the people I love. 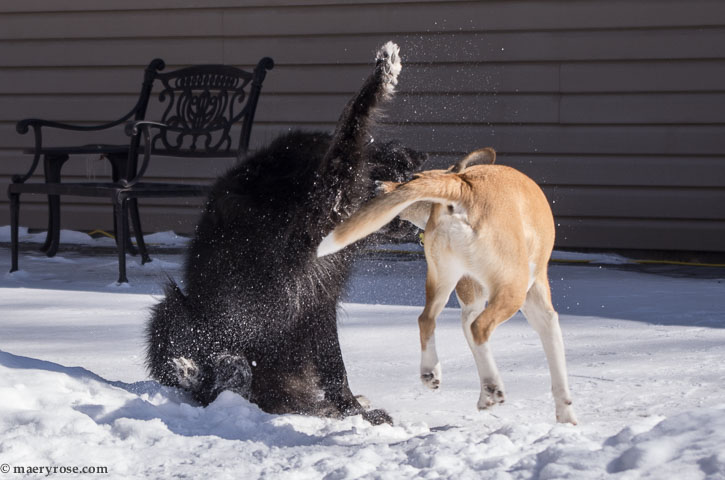 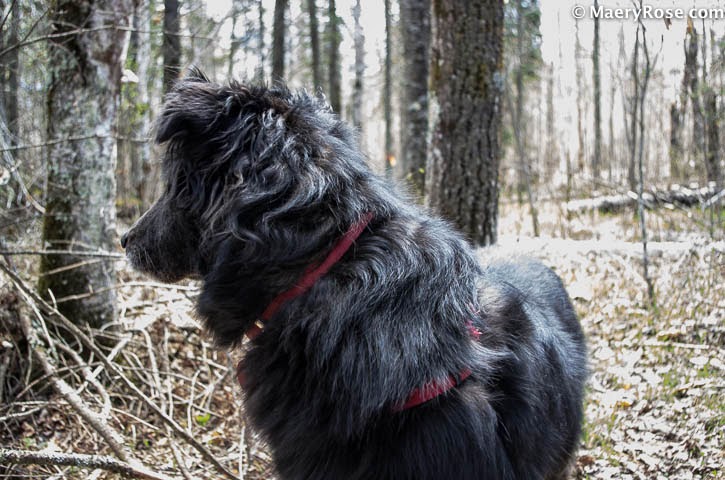 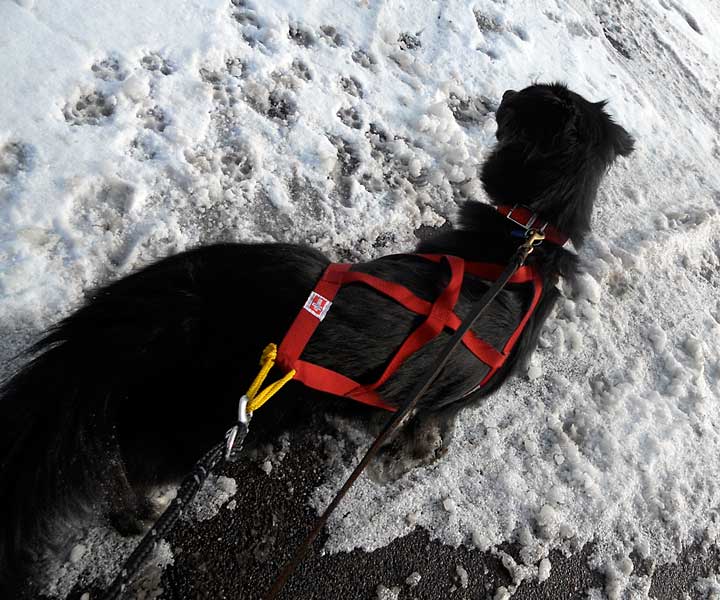 The great thing and the hard thing is to stick to things when you have outlived the first interest, and not yet got the second, which comes with a sort of mastery.  — Janet Erskine Stuart Did I ever mention how impatient I am? I start out things with great enthusiasm, but my excitement wanes when I… 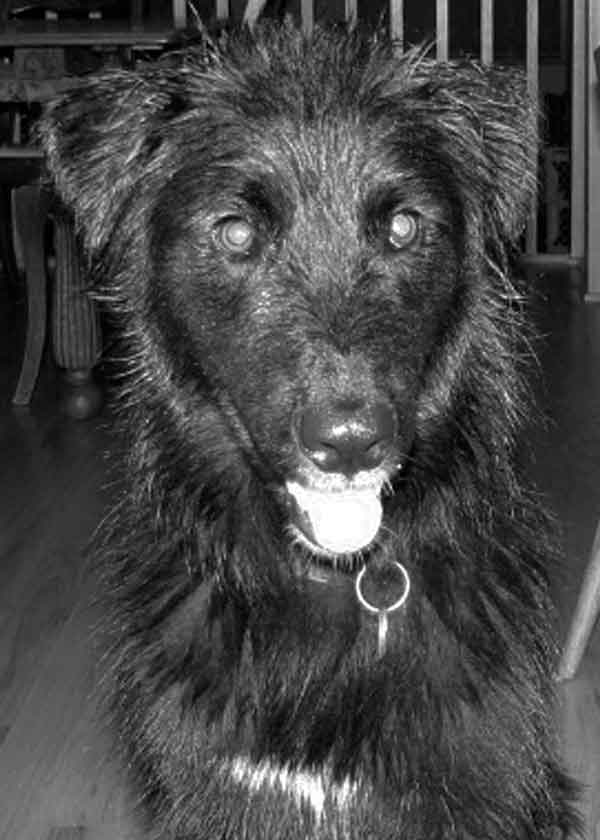 It’s better to light a candle than to curse the darkness.  — Chinese proverb I wish I had a match. Alas, I have found a house and if nothing goes wrong, I’ll be moving into it the day I move out of my current home. Unfortunately, I’m uncertain as to how I’m going to move…

I’m a big list maker, mainly because I have such a crummy memory and way too many things to remember. Some things on my lists are very small, like “wash sheets”. Other things are very large, like “write a book”, which I guess I should break down into more manageable bites. And some things have… 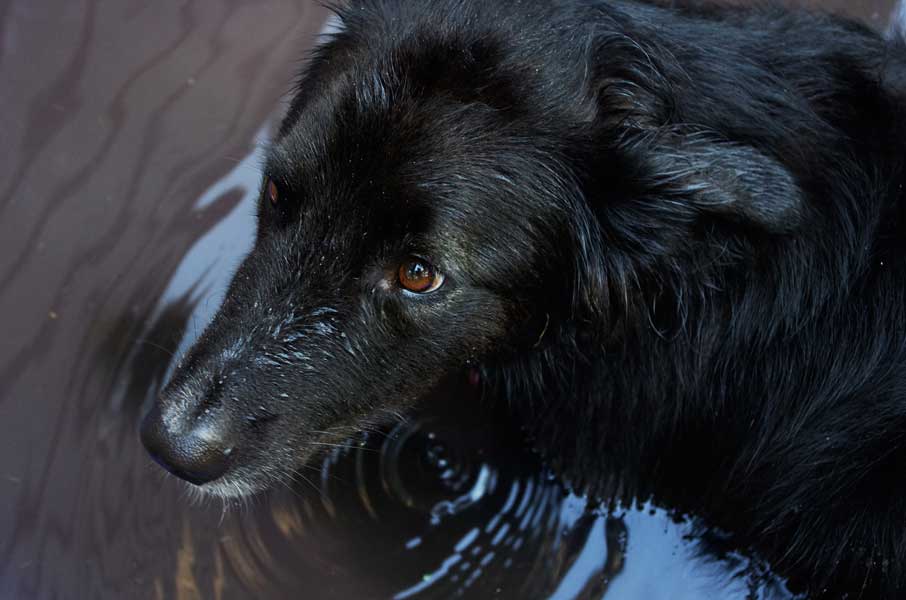