It was 11 below when Java and I got in the Mini this morning to go to the skijoring seminar but it warmed up to 6 below by the time we arrived at the park.

I initially went to the wrong place, the archery building, but had a nice conversation with a guy who admired Java and proceeded to tell me about his 15 year old dog that had just gone through surgery and was doing well. His previous dog had lived to be 17. I asked what kind of dog food he was buying, since that’s a pretty darn long life for large-breeds (turned out to be some very expensive Eagle Pack dog food that contains anchovies, salmon and such).

Anyway, a guy that worked at the archery range directed me down the road to the skijoring trail. Six people and their dogs showed up, plus the two people leading the group. The leaders showed up with a truck full of sled dogs and a couple sleds, which they took down the trail after the seminar was done. 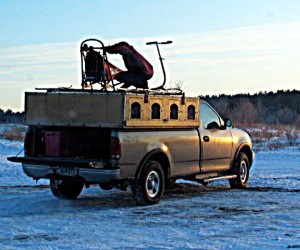 During the seminar, we did everything on foot, lining up behind each other, then having the last person in the line jog past the other dogs, telling their dog “on by” every time the dog tried to go sideways to see one of the other dogs. And the dogs standing along the side were told over and over “line out”, meaning they should remain facing forward, maintaining tension on the line.

Over and over we did this. The whole session lasted about 90 minutes, during which I found out the skijoring harness I bought Java is too large. They fitted me up with a harness in the right size to show me how it should fit on her. So much for bringing my dog to the store to be fitted so I don’t screw up and buy the wrong thing… Sheesh!

I also learned how to work on the “line out” command with Java at home by securing the line to something, having her hold the line out for 2 seconds, then give her a treat, and gradually keep increasing the time she holds the position until she stands for 5 minutes. Mastering the line out appears to be the most important thing to teach Java to prevent her from moving out of position and messing with another dog and tripping someone.

They also demonstrated using a special training line that connects to the back and front of the harness. You hold the line in the middle and have better control of the dog when working on the “on by”, “gee” (right) and “haw” (left) and other commands. I think I can rig something up with a leash to duplicate that tool rather than buying something else.

The woman that was helping me told her husband what a smart dog Java is. Maery beams proudly, looking at her wonder dog… 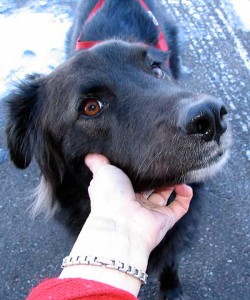 I’m really glad I went and braved the cold. It was so worth it to have a chance to work around other dogs and to have a helper running alongside us. And the people were so nice and helpful. They are supposed to be at the park again tomorrow afternoon. I do have other things to do but I had so much fun and hopefully, tomorrow Java and I could actually do some skijoring either before or after the training.

Java seemed pretty worn out from all the effort to be obedient so I took her home after the seminar ended, then went to a park near home and skied a short, three mile trail. The trails have gotten pretty icy — definitely don’t want to fall on the stuff and I had to be careful not to get hung up on little ice balls. 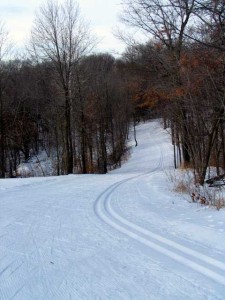 I’m so glad I took up the cross country skiing! I didn’t think I’d remember anything from downhill skiing but cross country feels kind of like a combination of skiing and skating to me.

I used to ice skate with the high school speed skaters on their course when I was in grade school. They kind of took me under their wing and pretended that I was so fast that I actually beat them at times. The lunging forward and gliding movement of cross country skiing reminds me of that. It’s funny how the body retains that kind of knowledge even when it’s old and beat up. Being at home in a physical movement somehow makes me feel more alive versus the deadening that depression can bring on. It’s why I so much love getting out and doing these things.

After skiing, I drove 35 minutes across the world to trade Java’s skijoring harness for a smaller one. This time I went for a red harness — it stands out nicely from her black coat. I think her feet were a little cold in this photo. 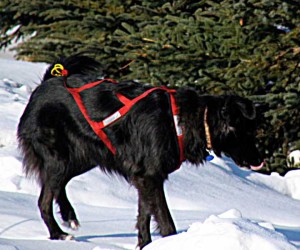 Here’s a Java recall. Not as impressive as KB’s work with her dogs, but not bad. 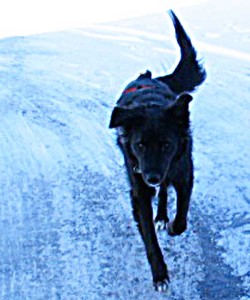 I played with the sharpening on the photo of Java and thought I’d explain since there was some interest in what I did from my moon photos. Because Java is so black, she sometimes looks like one big, black blob in photos. You can’t even see her face. For anyone who’s tried to use Photoshop’s sharpen, if you just select sharpen or sharpen edges, sometimes you won’t see much of anything. Try the Smart Sharpen and then play with the Amount and Radius slide bars. You can also try changing the “Remove”. I set mine to remove the lens blur and also checked the “More Accurate” checkbox. I have no idea what I’m doing, I just experiment and see what works. The setting that looks good with one photo does not necessarily look good with another. There’s probably an online tutorial on how to really use that filter, but what fun would that be? 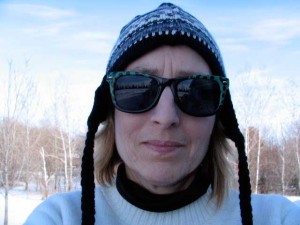 There was nothing I could do with this photo. What was I thinking when I bought these sunglasses? I think I just needed a good laugh that day. 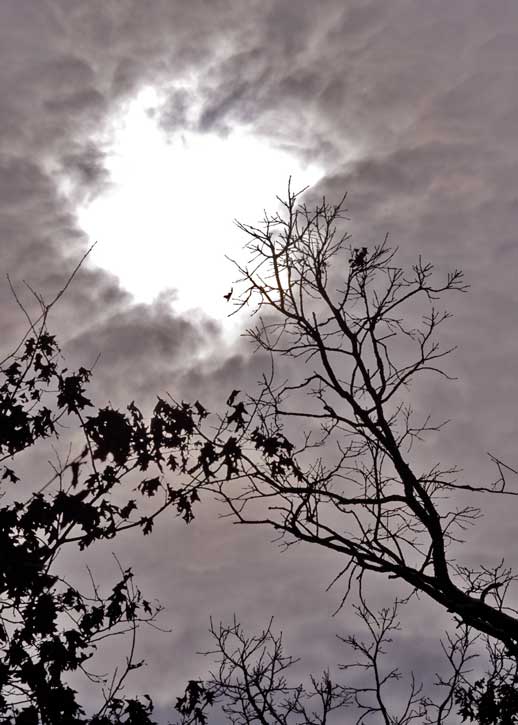 I went to a gathering of the Sandhill Photography group last Friday night. Besides having some great food, there was a presentation by Ron Hustvedt of Write Outdoors, which included ideas on how and where to get your photos published. Club members also brought slide shows of photos they took in 2011. My slide show… 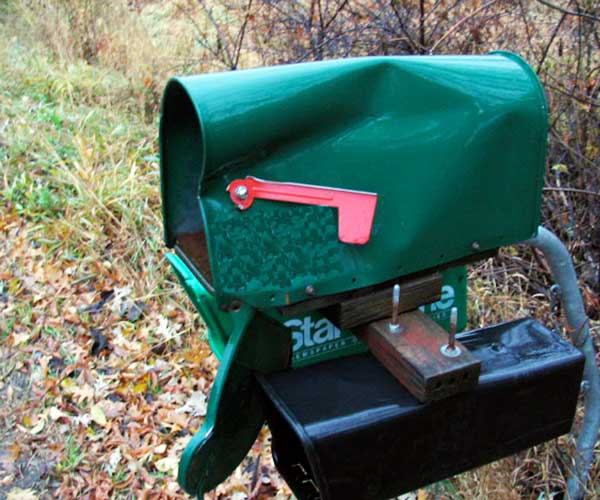 Yes, I can certainly tell that it’s almost Halloween. The gremlins are out and they seem to have something against my mailbox about this time every year. Although, it’s not just me. All the way down the road, there were other dented mailboxes and some must have been knocked clean off as they were bungy-corded… 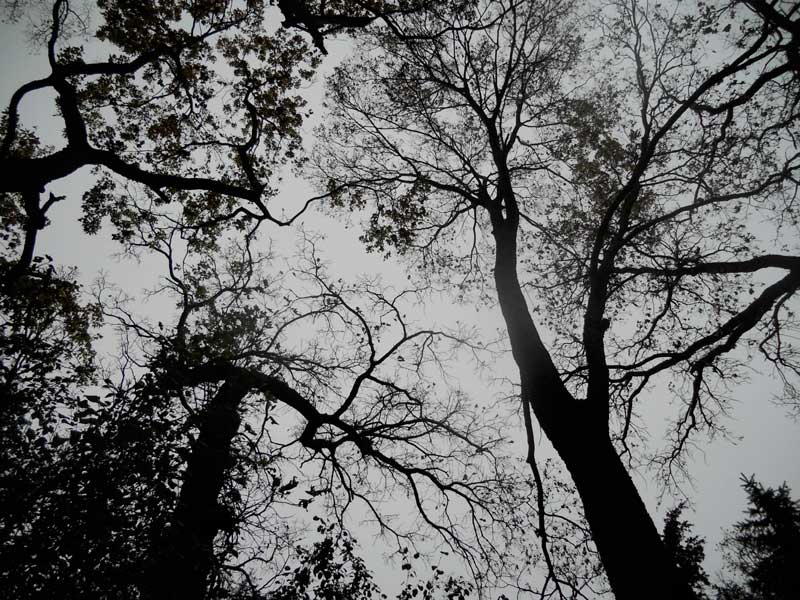 Sylvan/silvan – pronounced (Silvuhn) noun: a spirit that lives in or frequents the woods; adjective: related to the woods I subscribe to a daily e-mail that brings me a word a day to enlarge my vocabulary. I’d be happy if I could remember the words I already know or the words I knew before I turned… 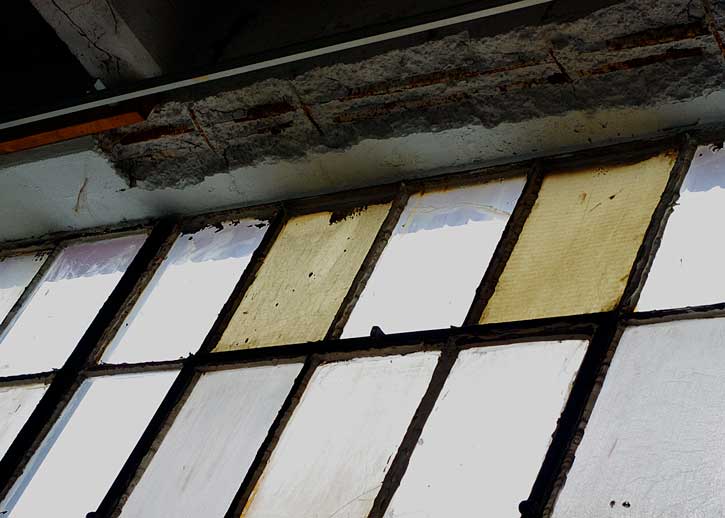 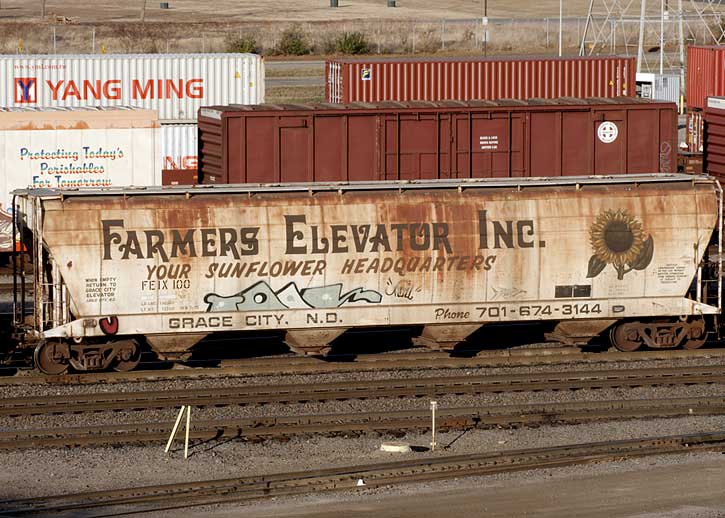 When nothing seems to help, I go and look at a stone-cutter hammering away at his rock perhaps a hundred times without as much as a crack showing in it. Yet at the hundred and first blow it would split in two, and I know it was not that blow that did it, but all…