Oh my, I haven’t posted for a couple weeks, so there’s a lot of catching up to do. I’m not even sure where I left off in my last post, I suppose I could look back with this all seeing eye… 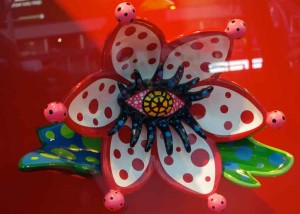 Naw, I’ll just start off by saying that I have a post today on Vision and Verb. The post there is different than here so I hope your curiosity will get the better of you so you’ll check out my alter ego.

Last week I was in Las Vegas for the DevLearn annual conference on eLearning. I picked up all sorts of ideas, some actually having to do with developing online training but many were simply about regular life stuff — what I want to do and how I want to do it. But I’ll get into that later as this post is going to be a bit long already with photos. Plus, I’m still sorting my brain-load out.

Fortunately, I met a lovely woman from the University of Alabama while we were waiting in line to check into the hotel. We hit it off and hooked up during some of the conference sessions and went exploring during the evening.

Just walking into my hotel room was an experience! As I opened the door, I was greeted by the lights gradually turning up; the room filling with an ear-combo of babbling brook, chirping birds and soft music; and the curtains drawing back slowly to reveal a bejeweled view of the city lights. I’m not sure how many times I said, “Wow” and followed that up with a manic giggle. 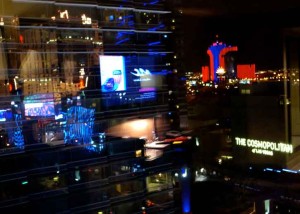 Las Vegas is a land of sensory overload. There are so many lights, noises, and exposed breasts. 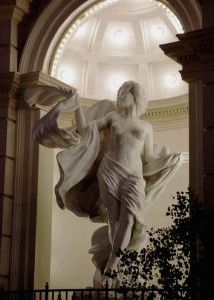 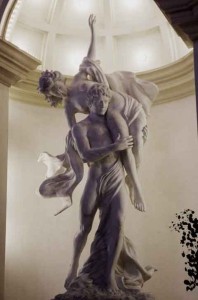 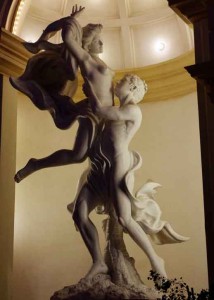 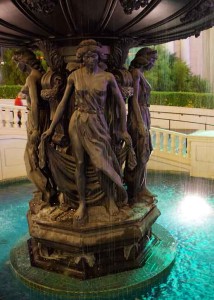 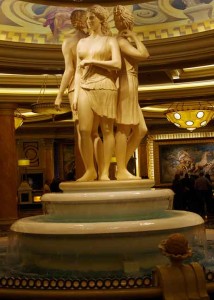 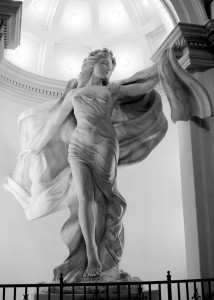 As you can tell, I liked the statues. They might not be of true Italian art caliber, but they were graceful and fluid and a subtle white-noise break from the city glitter.

I will spare you any photos of the bare breasts on the cards that littered the sidewalks or of the van driving around with a phone number to call and order a girl delivered to your room. I wondered if the girls were all locked inside the van just waiting for a phone call…

There is also a lot of food to be had in Las Vegas. The hotel had cases and cases of a sweet-lovers delight. It’s hard to see with the glare but this is a candy shoe, filled with truffles. 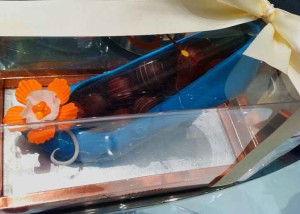 This humongous dragon and the flowers behind it are made from white, dark, and milk chocolate. 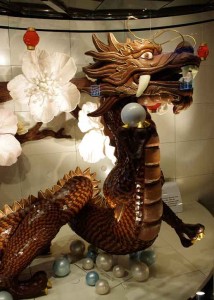 These gorgeous beauties looked too perfect to eat. 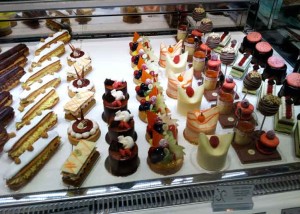 Some of the gaudy lights were pretty. I liked the design of this one with the curvy lines to draw your eye. 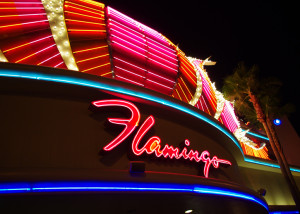 And this one with the color combinations. 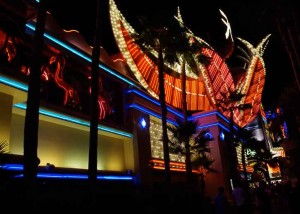 How about this Harley? 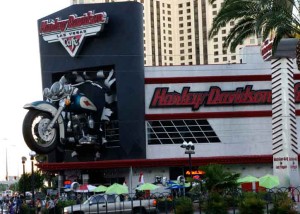 I got to know so many cool people at the conference! 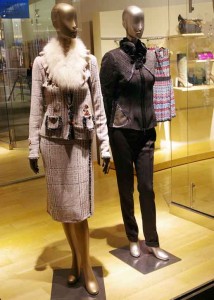 Okay, that’s quite enough of Las Vegas for now. I’ll save the rest for next time because I’m anxious to get to a more earthy topic and share my news about the Master Gardener program I applied for.  There should be some kind of big lead up teaser here, but I’ll simply say that yes, I made it.

I received the news while I was in Vegas and was so excited that I think people thought I won a jackpot or something. In a Maery way, I think I did.

And then there’s this… It was bound to happen — one of the chickens ended up with a very matted, poopy butt. This sort of thing happens (although mostly when they are chicks) and needs to be cleaned up to ensure that the vent is clear, and we aren’t going to end up with impacted eggs and other matter.

So I picked up Big Mama and held her while Steve used a wash cloth and warm water to break up the poop ball and clean up the feathers. I’m sure next time, Steve is going to want to switch jobs.

Ms. Big Chicken was a real trooper and only tried to escape when her tail feathers got yanked a bit too hard. 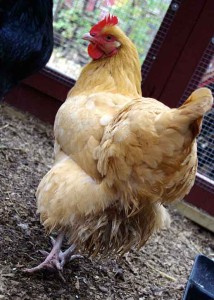 There’s been some winterizing going on in the coop and a very nice upgrade that makes it much easier to take the water and feed dishes in and out, but that will have to wait until next time too as I forgot to take photos. 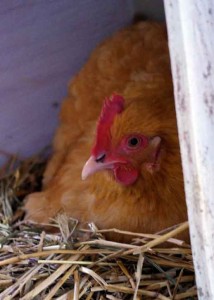 « To Master or Not to Master
A Cowgirl Fairytale »