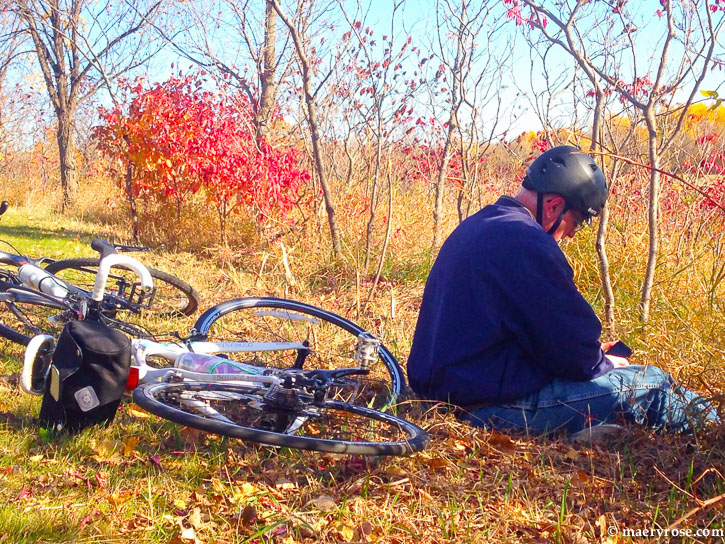 Yes, I admit it. I’m jealous of your life.

Not everyone’s life, but most everyone I follow on Facebook. You all look like you’re having so much fun, live in such beautiful areas and travel to such exciting places. And you are all so talented with art, music, photography, poetry, starting new businesses or pumping up your existing work. You guys are amazing!

What? You were going to say the same about me? Seriously?

I’ve been thinking about how social media can make us feel deficient — like we’re not doing enough, not exciting enough — and how we get kind of a one-sided view of what people’s lives are like. For example, I won’t be posted any photos on Facebook or Instagram of the fun time I have today working for twelve hours at a computer.

Which is why I got the idea of taking photos of my Sunday with my iPhone as I went about my day. I was thinking that I’d dedicate this post to reality. Only as I started to put together the photos and write about my day I realized that even this stuff really wasn’t so mundane and humdrum. I thought, ya know, I like this routine stuff too. 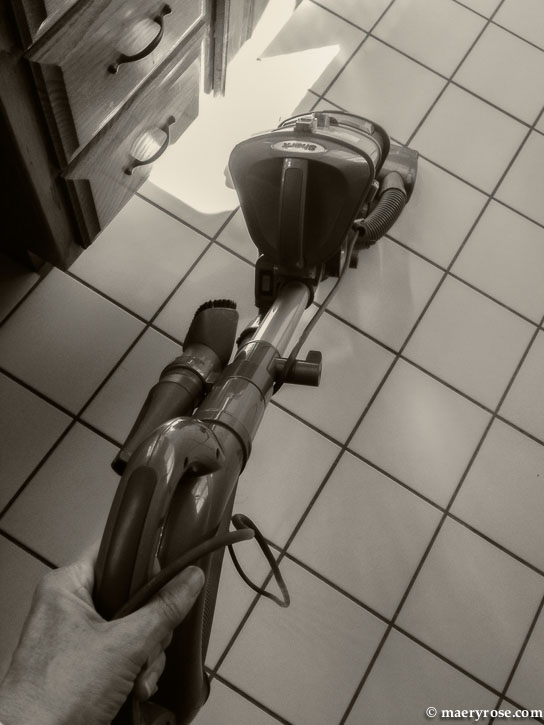 Okay, maybe not the dusting and vacuuming. And I spared you the view of toilet cleaning, although that might have been really getting down to the crap of things.

But I do like hanging clothes out on the clothesline. It’s kind of meditative. It gets me outside with the dogs where I can hear the pond running. And the best part is how things smell after they’ve dried outdoors. I’ll miss that when it gets too cold for clothes to dry outside. 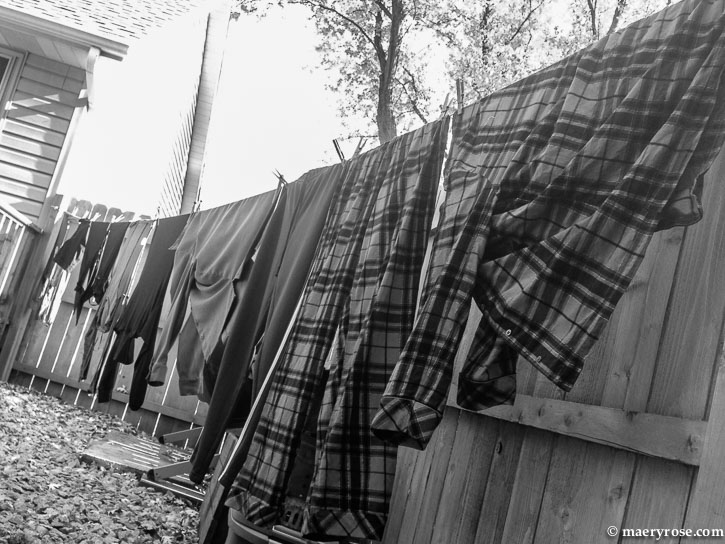 Before I started cleaning or doing anything else, I spent an hour on my writing. I actually had planned to spend four hours, then I was down to at least two. I ended up with one and had to be happy with that.

I’ve found if I don’t do my writing first on Saturday and Sunday, it doesn’t happen. But putting writing first is REALLY hard because I want to knock off all the so called little nagging things first. But I know the day is a wily critter that will be gone before you I get to my A list if I don’t start with my A list.

I didn’t want to have to stop my housecleaning progress to make a stew, but I had some cabbage and potatoes I wanted to use up. The plan was to have carrots and green peppers too but my crock pot wasn’t big enough. 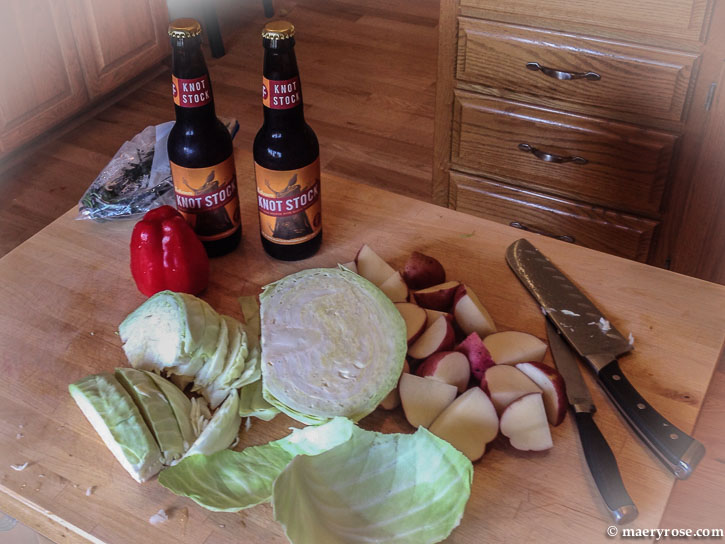 I was attracted to this recipe I used because it called for two bottles of dark beer… It also called for two tablespoons of brown sugar. I had already piled things pretty deep in the crock pot and was afraid throwing the sugar on top wouldn’t get it mixed in so I decided spooning it into the cup I’d poured the beer into was a good idea.

I couldn’t stop laughing when the beer started foaming out of the top of the glass. I had to suck the foam down between guffaws (snort, snort).  Anyway, I guess you had to be there… 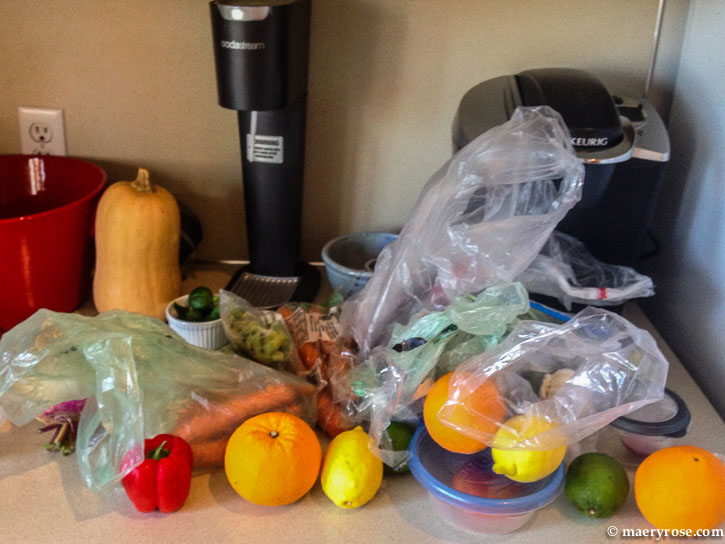 Did I mention the cucumber that was hidden away at the bottom of one of the crisper drawers? At least I think it was a cucumber. All I saw was green goo, which required that the drawer be emptied out and washed. 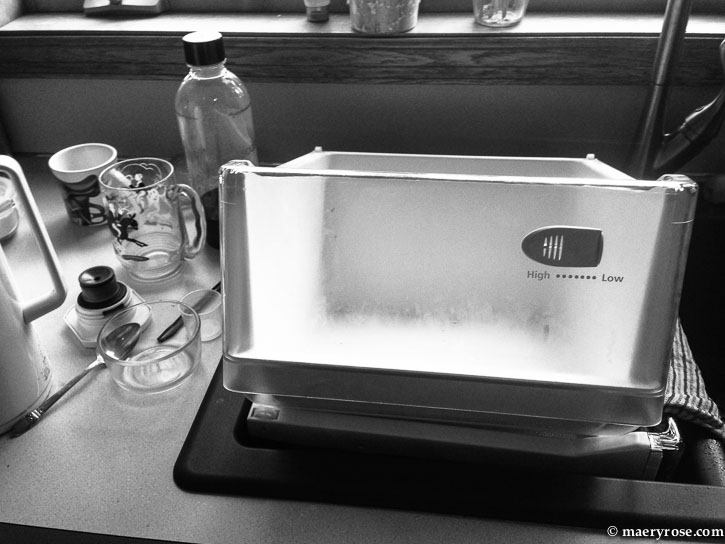 I took some of the vegetable scraps out to the chickens to munch on. 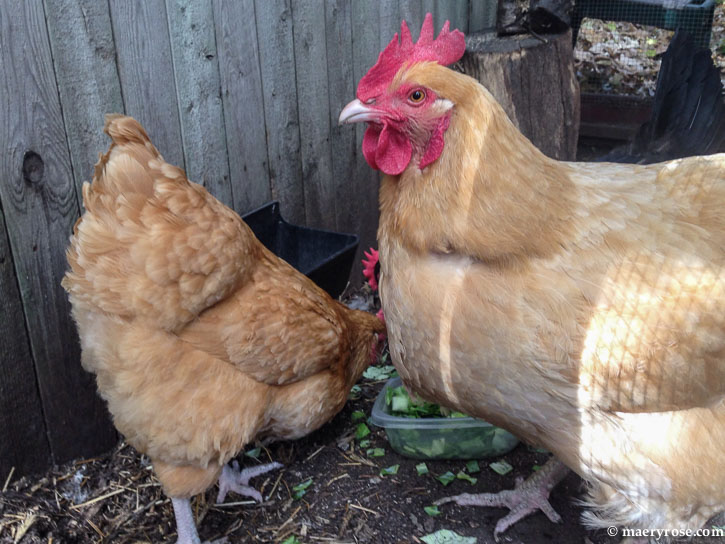 Finished cleaning the house and took the dogs for a walk while the stew finished cooking. 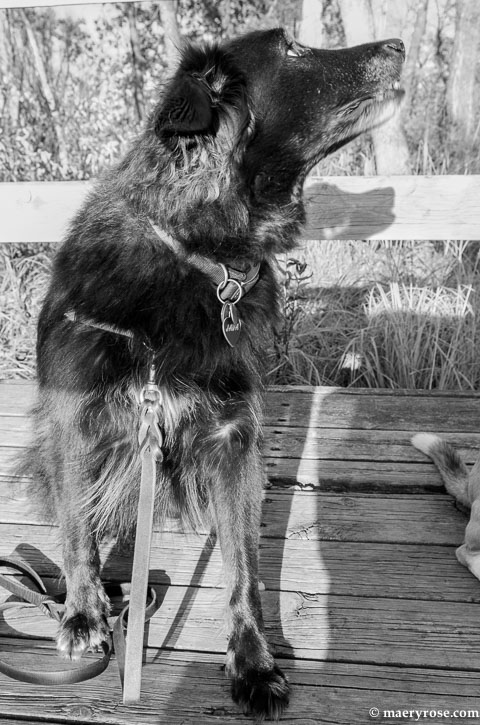 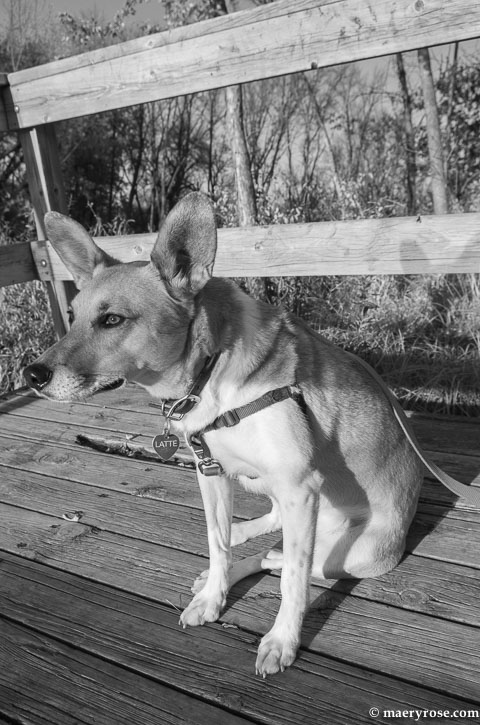 Potatoes and cabbage still weren’t done when we got back so I played a little piano to pass the time and distract myself from my stomach growling. 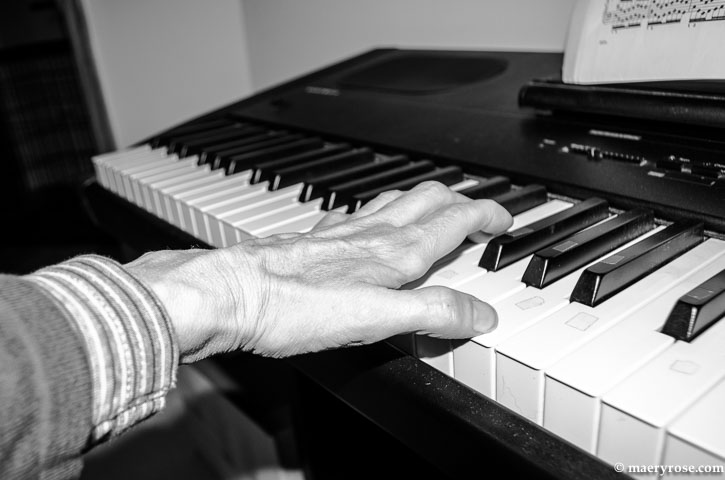 And then we finally ate and I was too hungry to take a photo of that. Didn’t take any photos either of me in bed with my mouthguard in to protect my teeth from the grinding that I do in my sleep.

Even so, the thing I realized is that I’m learning to balance my life a little better than I used to. I don’t mean that I’m no longer running around in a panic about all the things I’m not getting done and trying to multitask like crazy to pack in as much stuff as I can into a day. Did I mention that I watch photography class videos while I’m getting ready for work?

What I mean is that I’ve realized that if I’m going to deal with the stress of my job and my life, I need to have more good, enjoyable things in a day than I have of work and duty stuff. 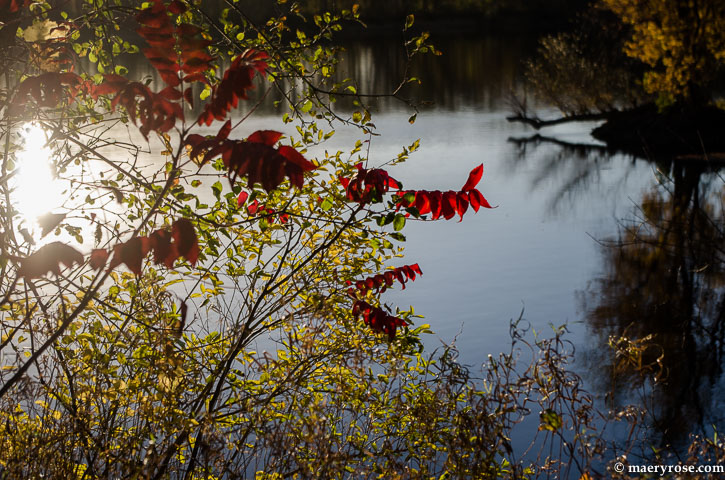 The good stuff is not trips to Europe or Alaskan cruises or tickets to see Fleetwood Mac but easy enjoyment like dog walks, bike rides, and sitting by my pond.

I’m tired of comparing and competing. The one thing I feel like I still want more of in my life is more time with friends and family. Like real time —  in person and all. Or at least phone calls instead of emails, text messages or reading Facebook pages.

But that will mean that other people besides me want the same thing. Putting it on the A list… 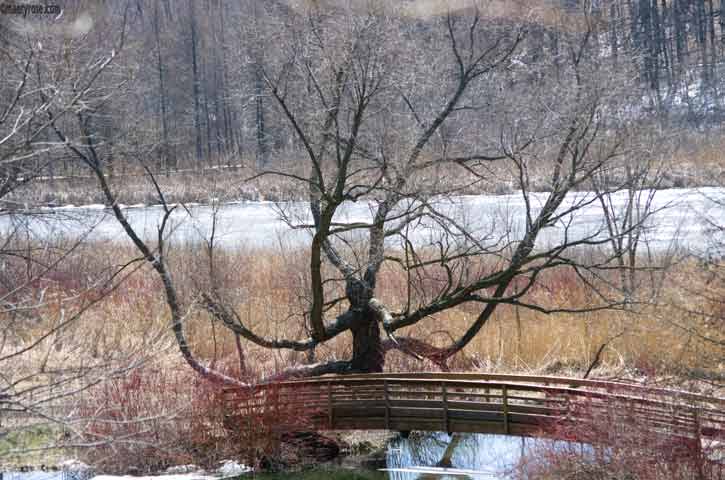 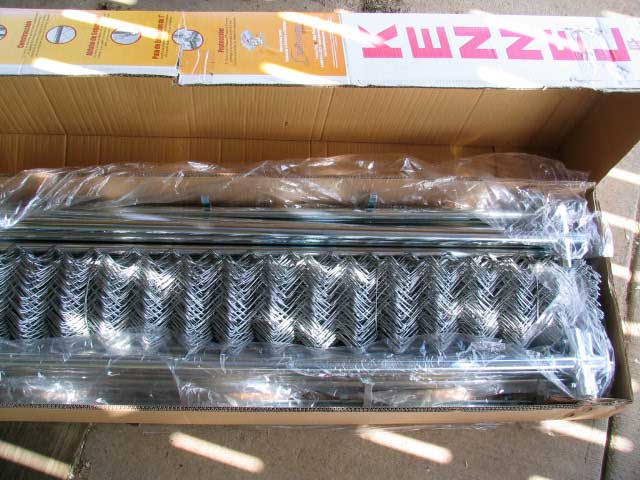 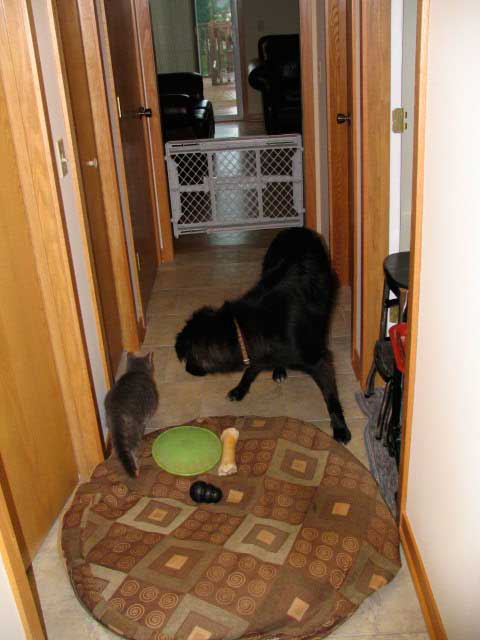 I had a wonderful lunch with my friend B on Tuesday. She picked me up in her little, red Miata. I don’t think I’ve ever ridden in a convertable before. It was fun! I was hoping people at work saw us drive away. I always look forward to seeing B. She totally gets and appreciates… 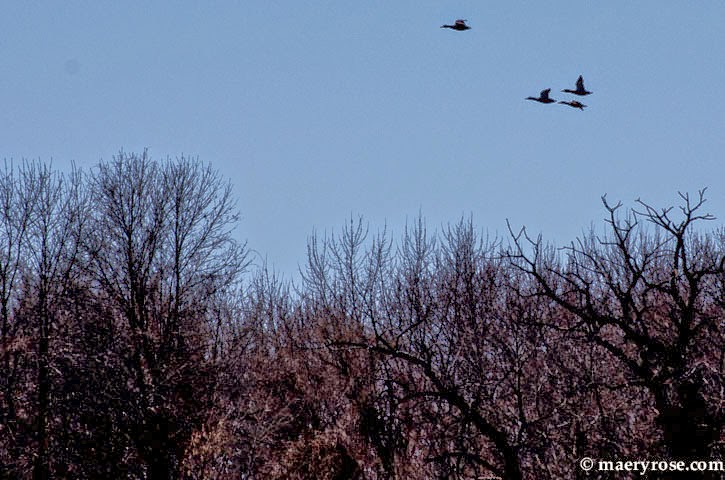 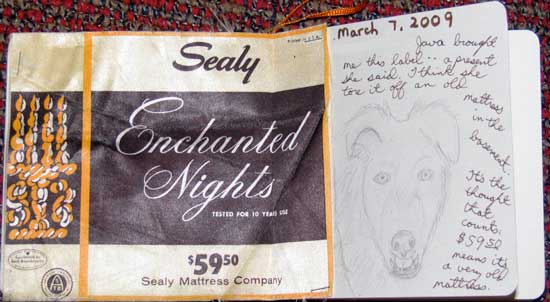 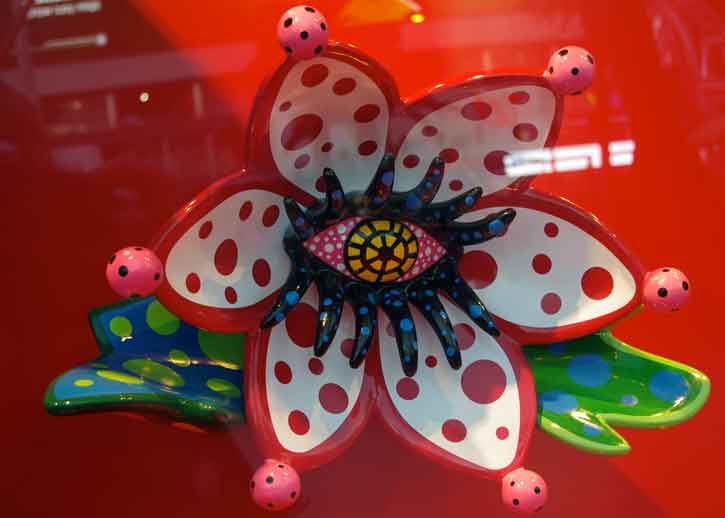