It was up around 45 degrees today, unseasonably warm for this time of year. It’s sad for me that this will be a brown Christmas but I did enjoy riding Luke outside with my friend Cheryle.

Before I rode, I noticed that Luke’s eye, which has been weepy for awhile, is not getting better, and it looked bad enough today that I think a vet call is in order. 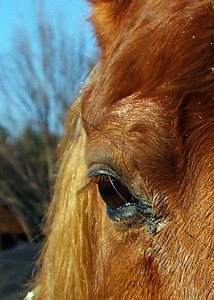 I haven’t been too worried about it since it’s typical for Luke to have watery eyes during the summer, when gnats and flies are so bad. And sometimes his eyes will get irritated by the hay he shakes all over himself.

This looks like something different. The tear duct area of the eye looks swollen and possibly infected, but hopefully, nothing that flushing and perhaps hot packs won’t cure.

Yesterday was not quite as warm as today, plus it was windy. Steve and I took the Brew Babes for a walk to the Anoka train station. I wanted to show Steve the trail I discovered when I had to pickup my truck a couple weeks ago. 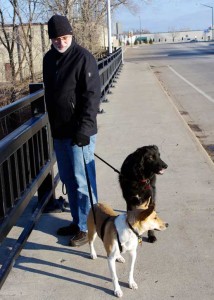 The trail isn’t exactly what you would call scenic. 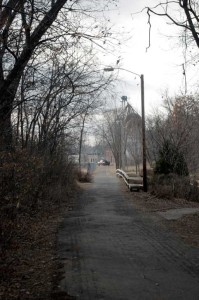 It’s pretty industrial, but there were things to be noticed and photographed along the way. Like a tree that was recently cut down. The pattern and color of the rings were sadly beautiful. I hate seeing a tree go down. 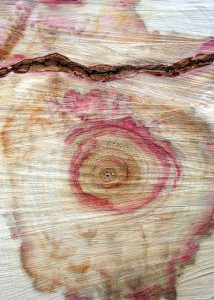 And then there was this lovely sewer cover. 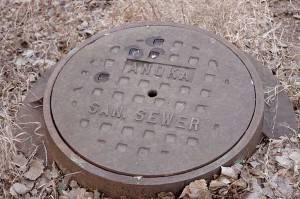 And these metal studs securing a rail for the bridge that crossed the freeway. I think from the way things looked, that at  one point the trail had been a train track. 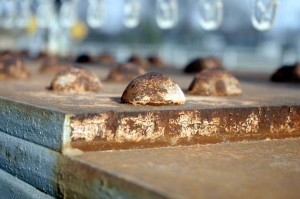 Now the train runs on a different path. 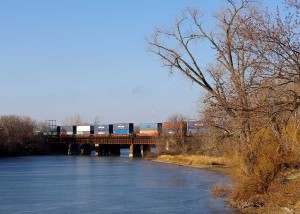 I think we may have also run across a spot where buried treasure lies as there was this mysterious “X” embedded in the river’s ice. 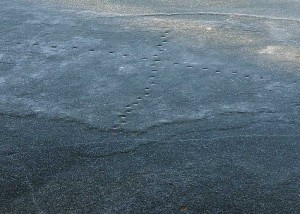 We picked up coffee to warm ourselves at a place near the train station and walked over to the park and ride lot, where there were structures to sit inside, out of the wind. It was a bonus when we discovered that there are heaters in the ceiling. 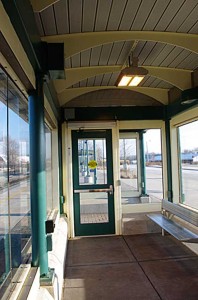 I missed getting a picture of the Northstar Commuter Rail but an industial train came by while we were sitting. The dogs did a tucked-tail stare down, trying to determine just how dangerous the earth shaking monster really was. 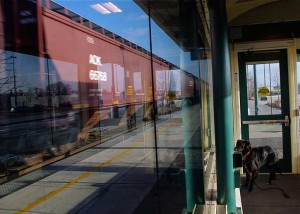 I hope to go back one of these days and actually ride the train downtown or somewhere else along it’s route simply for the experience of doing so. I sure do wish they allowed dogs though. But maybe the Brew Babes are just as happy that they don’t. 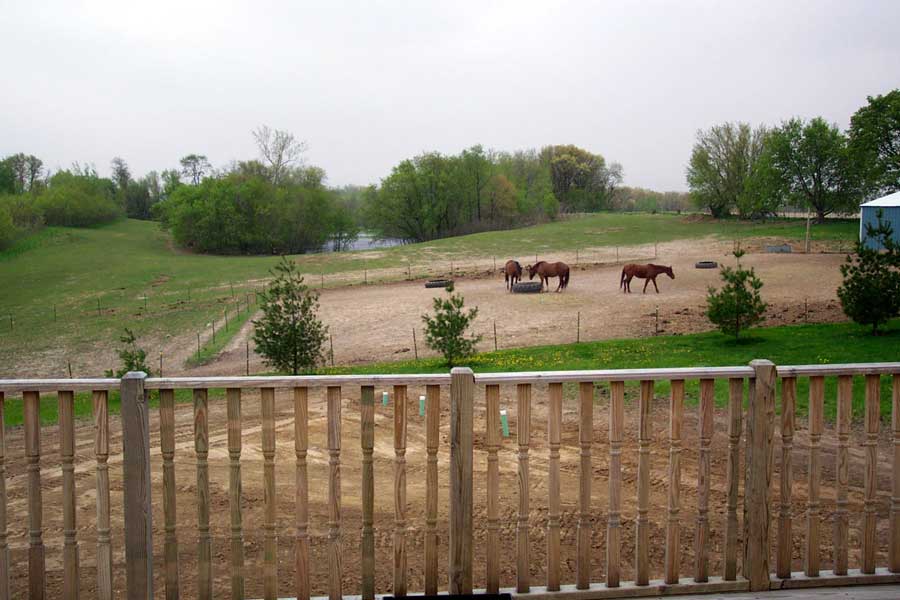 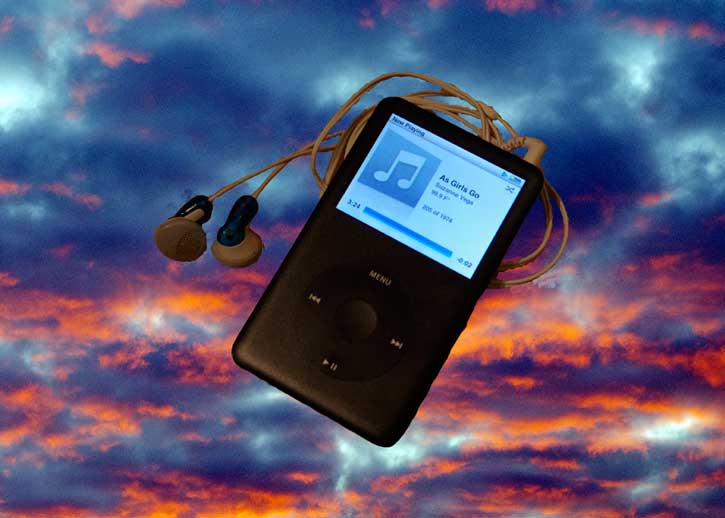 Squared The cube The cube Not a science fiction entity But an office reality Desk after desk In tick tack toe pattern And the experts say, “Open office design increases teamwork and sharing” Now that is science fiction… A body leans On my half wall Peering at my screen I twitch “Can I help you?”… 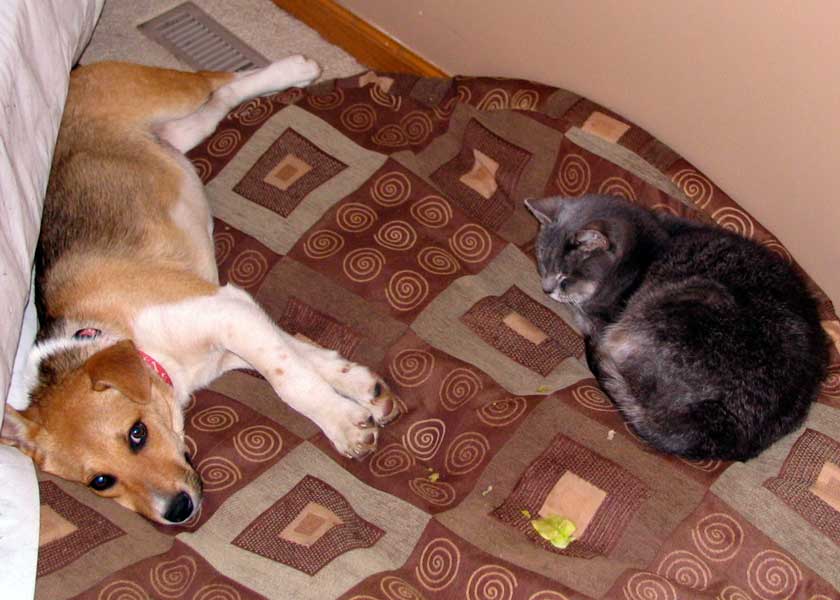 This needs to be brief. Yeah, good luck with that. I’ve almost got through cleaning my house but still have my bedroom and bathroom to go and it’s getting late. But first I have to share a miracle. Granted, Shy and Latte have left a good deal of space between themselves, but still, truly a switch… 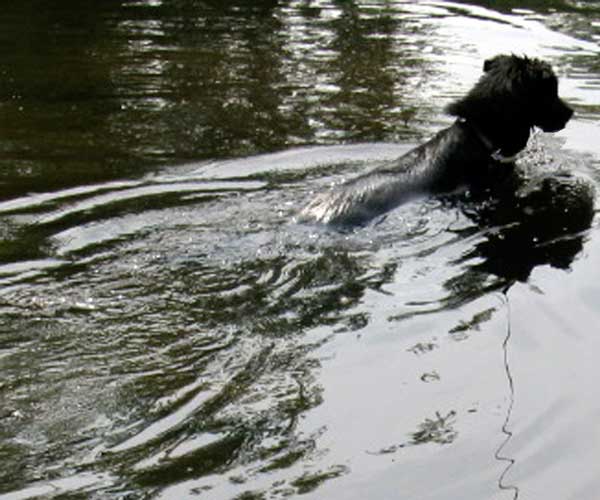 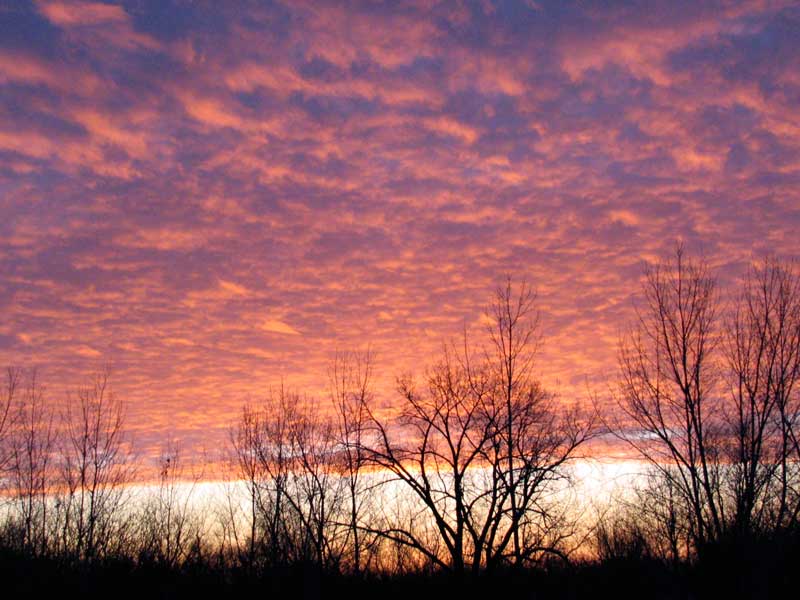 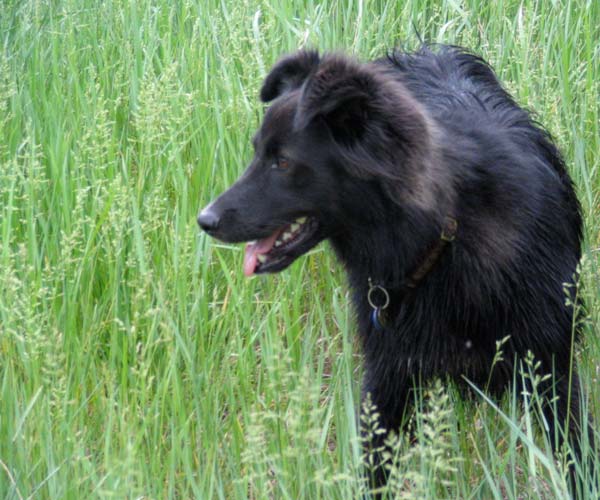