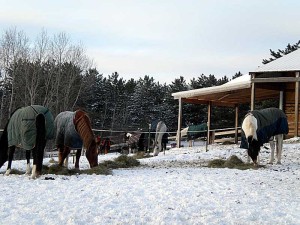 I picked up my son from the airport yesterday afternoon. The first stop was a second hand store where he was hoping he’d find some decent winter boots to get him through the weekend. Unfortunately, this did not happen but he did find a pretty cool leather coat.

I found a couple belts, a Santa pin and  a sweater. Woo! Hoo!

The boy is still sleeping. When he gets up, the cooking will begin. And hopefully, I’ll get some good photos.

Not only do I board at an awesome place to keep my horse and ride and hang out with great people, there is also land to cross country ski on. 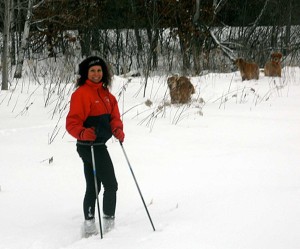 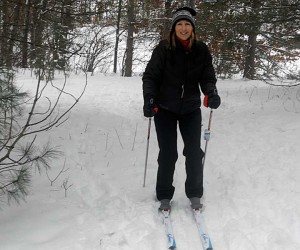 A better photo than the one below would have been a photo of the person taking the photo as she had three horses looking over her shoulder trying to figure out what she was doing and whether that thing in her hands was something good to eat. 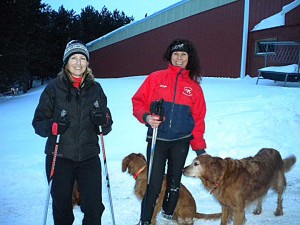 This is to show how deep the snow was that we were plowing through. We decided “skiing” didn’t quite describe what we were doing. It was more like “skishoeing” — a cross between skiing and snow shoeing. 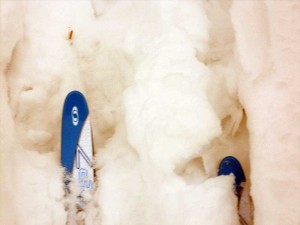 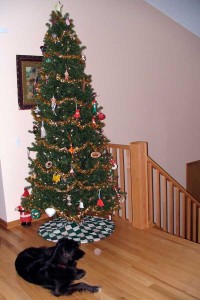 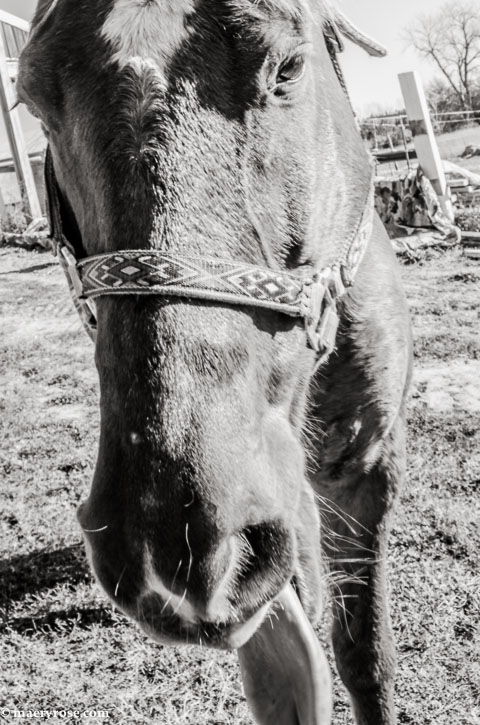 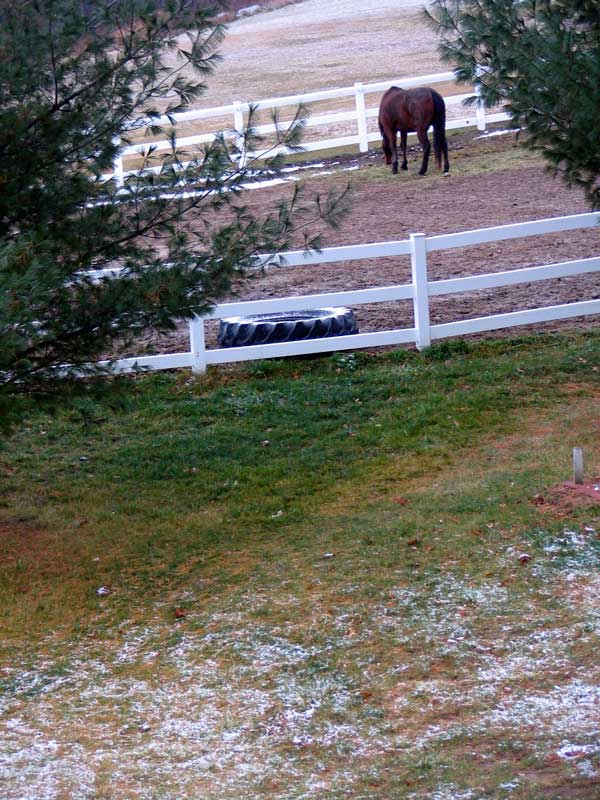 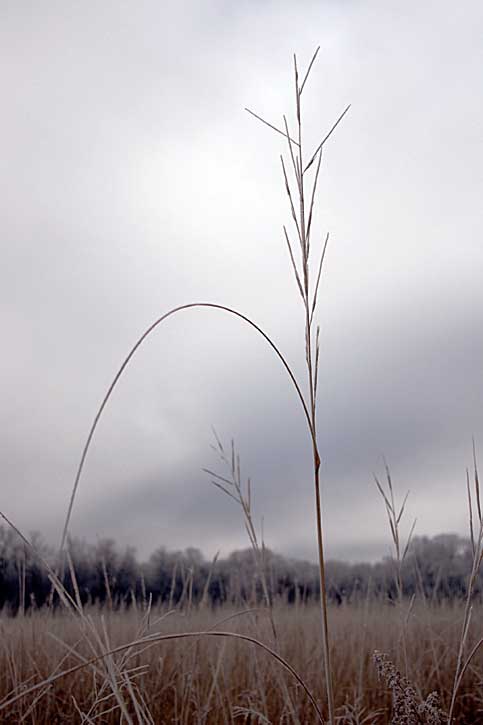 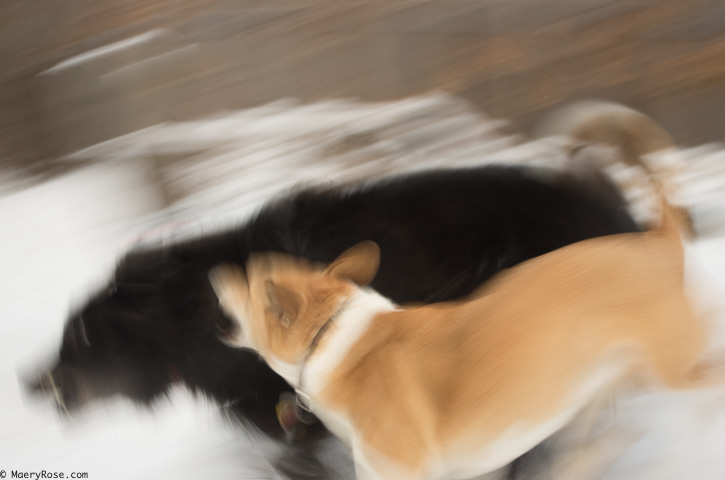 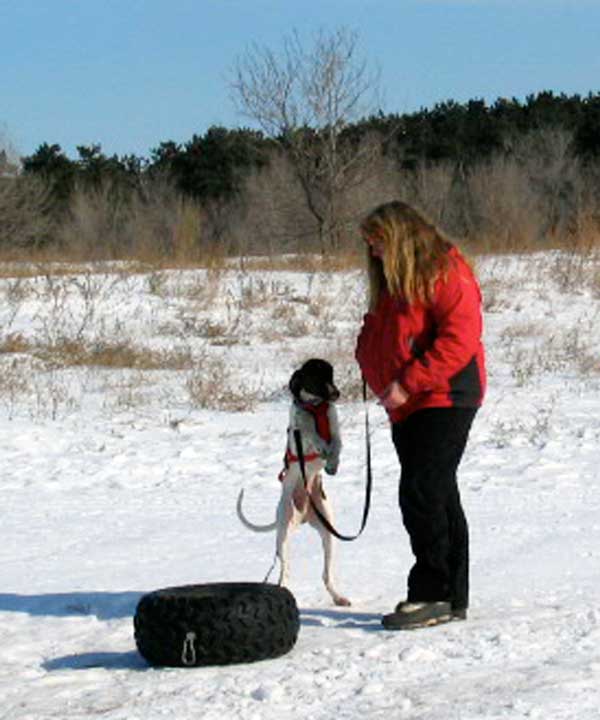 “Nothing prevents happiness like the memory of happiness.”  ~ André Gide,L’immoraliste Today was another action packed day. Well, maybe not so much action, but busy anyway. I was out of bread this morning so I baked a loaf and did a load of laundry. Then went to church for two hours. There’s a women’s bible study… 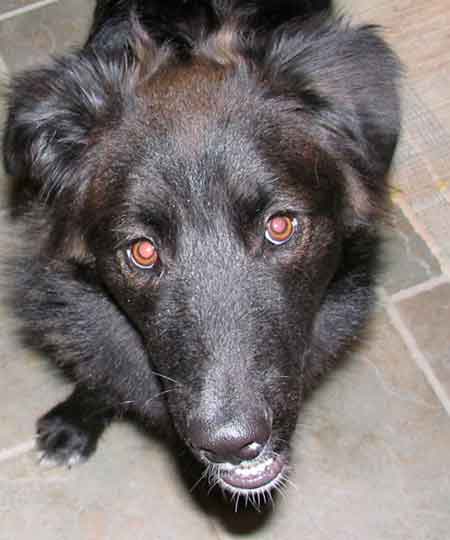 Yesterday I got both Murphy and Luke out for their first ride of the season. Unfortunately, I don’t have any photos to prove that I worked with my horses so you’ll just have to take my word for it. I haven’t figured out yet how to take pictures of myself lunging or riding the horses. Maybe…