“Be who you are and say what you feel because those who mind don’t matter and those who matter don’t mind.” – Dr Seuss

OK. I wasn’t supposed to post until tomorrow but I wanted to spread the news that my friend Sue has finished Tina, the sculpture she’s been working on for the local mountain bike trail. Do go check out Tina and the process of creating her.

I’m kind of proud of myself for sounding somewhat upbeat here. Lately I have made up songs that I sing around the house and in the car. One is called “I don’t care anymore”, another is “I’m a worthless, wart on the world”. You get the picture. Defeat has sapped me of energy and good will towards men. I’m not sure I even have a sense of humor anymore. Or is what I just wrote funny? I’ve lost perspective. I was going to joke that “I’d hang myself but all the rope is already packed.” I thought that was funny, but like I said, I’ve lost perspective.

The purchase of my home, the one I’m supposed to move to in two weeks, was falling apart again after the appraisal came out $5000 below the agreed upon price. The sellers disappeared again. Perhaps they went to some sort of monastery where they have taken a vow of silence. And their realtor is also not responding to e-mails or phone calls.

There are deadlines to these contracts people! No response is worse than dealing with whatever they might do to me next.

I’ve been waiting for two days for my realtor to say something besides, “I can’t get a hold of anyone.” So frustrating and tiring! But that wasn’t enough, there had to be more little jabs from the universe of Maery madness. As I was leaning over the sink at work and washing my hands, my cell phone fell out of my pocket and into the water. I actually started laughing, in a kind of manic-scary way.

I could still call people on my cell phone but I couldn’t answer incoming calls. So I left work early to run to the phone store. I had just finished signing into the list of waiting customers when my phone rang and I was able to answer it. Yeh!

So I told the guy he could take me off the list. He wanted information about why I came in and when I told him, he popped out my battery to show me how doing that sometimes fixes “those kind of problems”. I told him I’d already popped out and reinstalled the battery about 3 times. Funny part was that when he put my battery back in, it wouldn’t finish the reboot. The screen simply froze. So I had to be put back on the list of waiting customers.

Since my phone was under warranty, they were going to replace it. But wait. My phone is red and they only had black phones. I said I’d take a black one, but no, the replacement HAD to be the same color. And guess what, there wasn’t a red phone within 500 miles of the store. Mailing a replacement would take 4 days!

Can you see it now?! Maery who is holding her breath, waiting for word on her house, going for 4 days without a phone!!!

Ah yes, it must have been the murderous look in my twitching eyes and the drool running down my chin that got the manager to agree to give me a black phone. They compensated by taking the red back plate from my old phone and putting it on my new phone.

I won’t even get into the issue of the phone’s battery being dead and my phone charger being in my other vehicle. Or that I lost all my contacts and will have to manually reenter them on my new phone.

– Maery drags her fingernails across the chalkboard –

But by some miracle, there was word this evening that the sellers are actually going to sign the two amendments tomorrow. My pretend purchase agreement is finally going to be a real, whole, and complete document! Yeh!

However, the sellers were supposed to do that yesterday evening so I won’t stop holding my breath until I see the signed papers sitting in front of me.

The worst part is that I am so blown apart by this constant barrage of hickups.  I look around the house and don’t see a whole lot of moving progress, but I keep telling myself just do something. Take it corner by corner. No big goals. Just one thing dropped into a box at a time. When the box is full, tape it, and label it and move on to the next one until it’s time to go to bed. 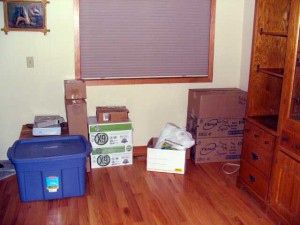 Java has been pretty lethargic this week too. A lab puppy visited the house on Monday and I guess they ran around like crazy. (I wasn’t home.) I think the combination of the hot concrete and running tore a layer of skin off of Java’s two back paws and she has been looking pretty sore. I cleaned the feet for a couple days with betadine and have been putting booties on her injured feet when she goes outside. You can tell how fashionable she thinks they are, but hey, she walks a whole lot better with them on than off. 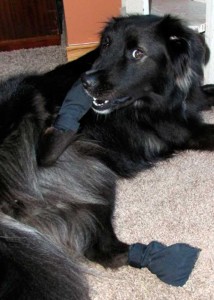 There are no signs of infection, and I have flexed her hips and legs in all directions to make sure she isn’t hurt anywhere else. This evening Java was finally doing a bit of jumping around and appeared much more Java-like. I sure have been missing our walks and frisbee sessions.

Tomorrow the horses leave and that has made me a bit loopy too. I’ve managed to shut off the emotions with Murphy being sold but they slip through every once and awhile, mainly when I’m trying to act like a normal, functioning employee at work.

What I really need is to get out and do something like this. 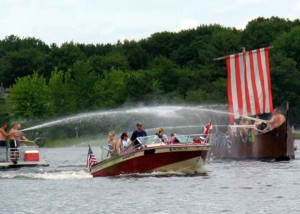 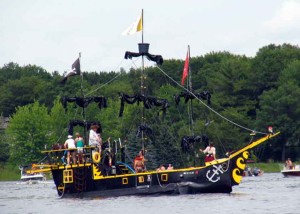 Yo-ho-ho, and a bottle of rum! 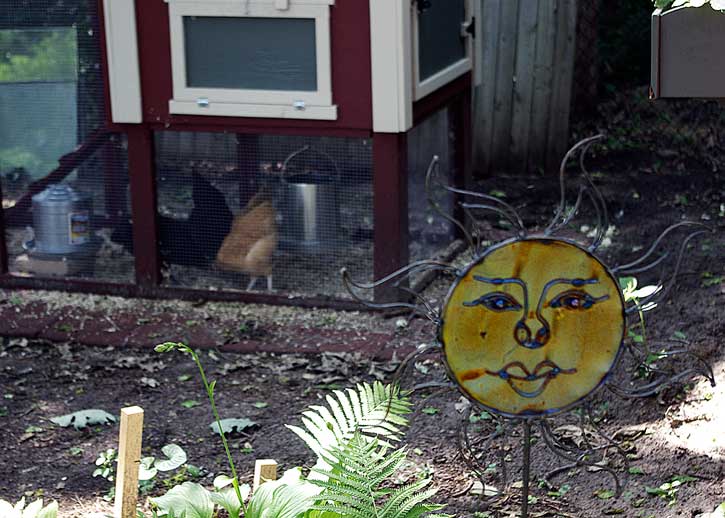 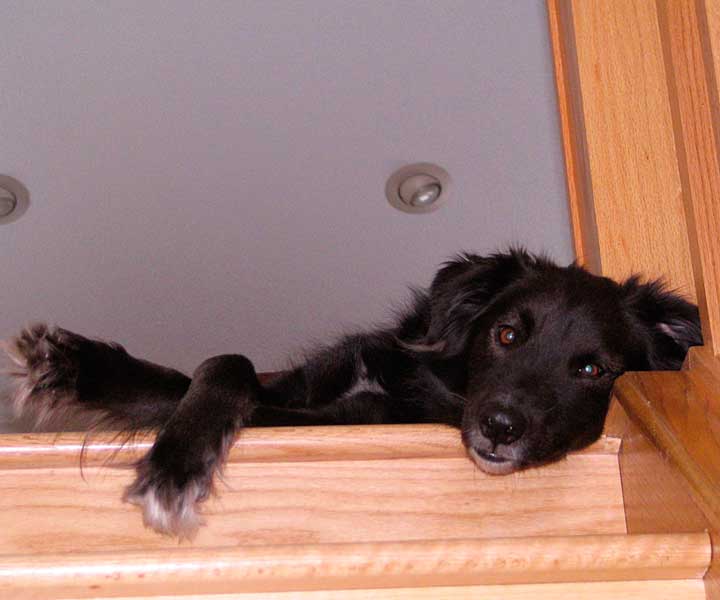 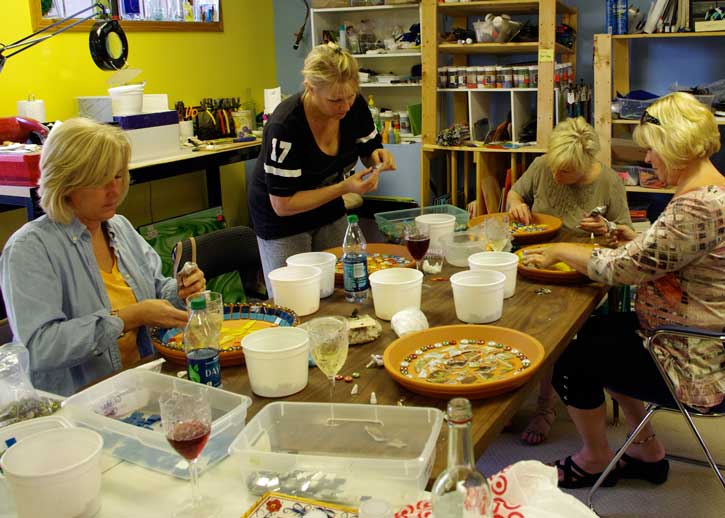 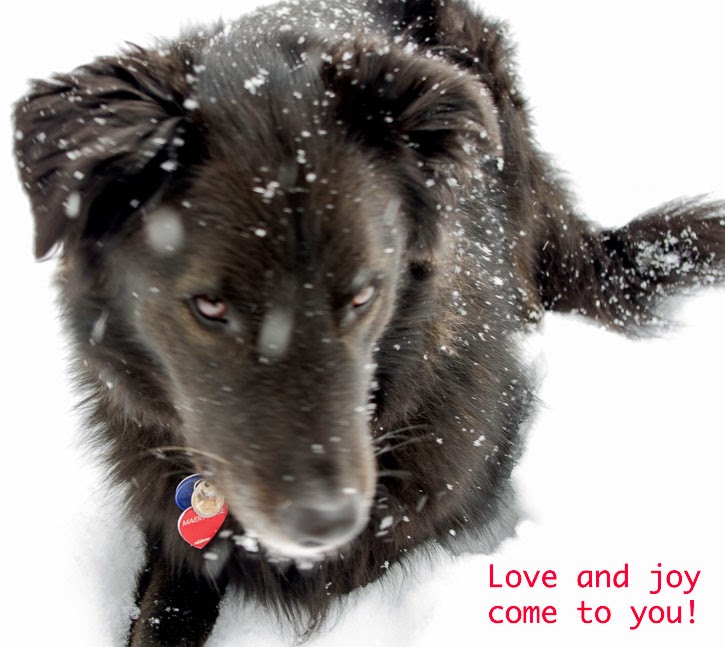 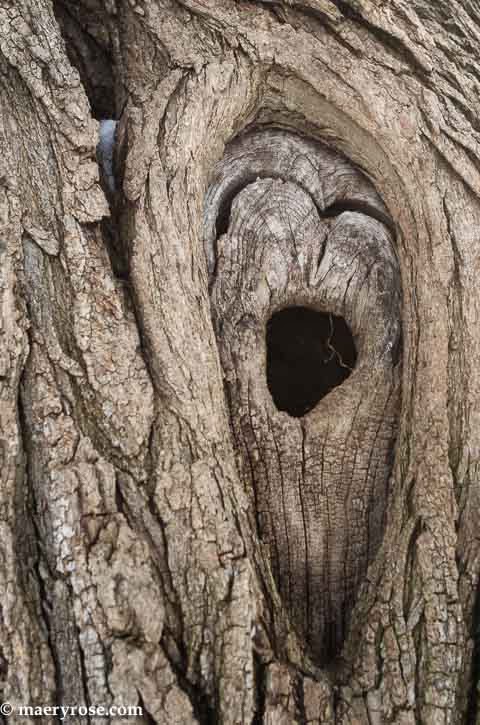 The owl is hooting outside, and I’m glad to hear him, as I always am, but especially today as I’ve been worried that Tuesday’s activities at my house might have thrown off the nearby wildlife. I finally pulled the trigger and had a team of tree trimmers take care of the dead branches on…