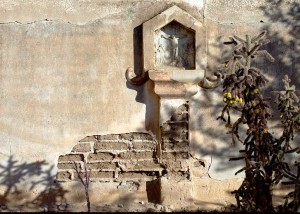 While I was in Tucson, Steve and I went to visit Mission San Xavier. Since 1797, when the church was completed, the building has been damaged by earthquake, lightning, water, and general wear and tear. Restoration is a continuous project. 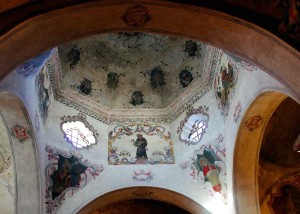 Whenever I visit churches with the more traditional Catholic look of candles and statues, I am reminded of my Catholic upbringing, with all the good and bad of it. I’m sure you’ve heard people joke about Catholic guilt. Well, it is no laughing matter. 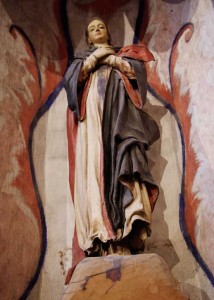 It’s hard being a good Catholic girl. Even before you’ve soiled your first diaper, your soul has already been tainted with original sin. Your parents have to hurry and schedule your Baptism, so in case anything happens to you, you will not immediately be doomed to hell. Well, not hell exactly. You have to die with an unforgiven mortal sin to end up in hell. First degree murder fits into this category. 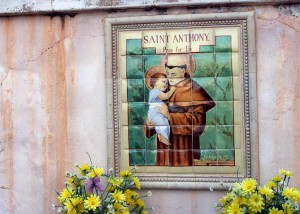 Most of us commit venial sins, which are smaller offenses. However, venial sins are not to be trifled with. In the same way that marijuana use can lead to heroine, venial sins can lead to the temptation to commit bigger and badder mortal sins. 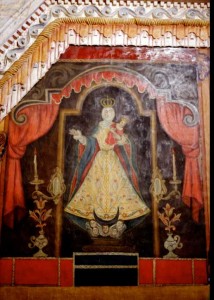 If you die with original sin or venial sin, it doesn’t mean you will never go to heaven, you’ll just have to spend some time in purgatory first. Purgatory is like a holding place that you go to for purifying. How long you stay in purgatory depends on how much purifying you need and how many masses your relatives have said for you to help you move out of Purgatory more quickly. Actually, Catholics may no longer believe in Purgatory, but they did when I was a kid and old beliefs die hard. 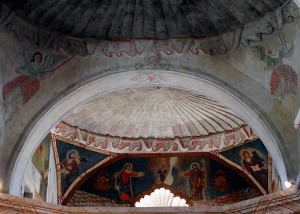 You can avoid going to hell or purgatory and go straight to heaven if you go to confession on a regular basis or are lucky enough to have a priest handy to give you Last Rites before you die. 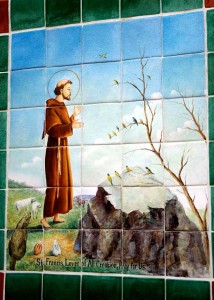 The picture of the devil and hell that the Catholic church painted in my child-sized brain was worse than any scary movie that I’ve ever seen. I had reoccurring nightmares about the devil coming after me and trying to throw me into hell, which in my dream happened to be downstairs, in our house’s basement. 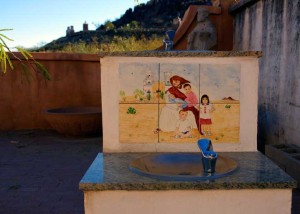 Anytime my mother sent me to the basement to get a can of green beans or bring up a load of laundry, I would flip on all the lights, and run as fast as I could down the stairs, swinging my head from left to right to search every dark cranny of the room. I’d run and grab the can of beans off the shelf or laundry out of the dryer, then fly back up the stairs. I would take the steps two at a time, jerking my legs up towards my chest as fast as I could, sure that the devil’s claws were going to reach through the open spaces between the steps and grab my ankles. 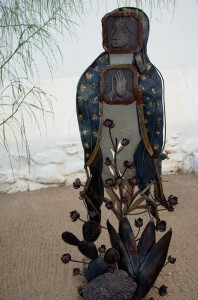 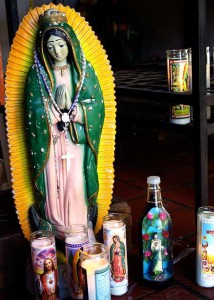 I loved the ceremony and symbolism — like holy water. The idea that you can be renewed and blessed by dipping your fingers in blessed water and then touching that water to your forehead, chest and shoulders in the sign of the cross was, and still is, a comforting thought. 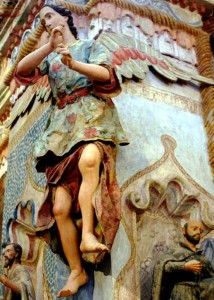 I miss incense, the way the altar boys walked with the priest swinging the censer on its chain. It would clang rhythmically while the smoky sweetness of the incense wafted through the congregation. This burning was commonly accompanied by the sprinkling of holy water. The priest would dip the aspergillum, which reminded me of a wand, into a container of holy water and wave it slowly through the air so the water sprinkled lightly onto the nearby people. The power of these symbolic actions is in the sensory aspect of them, which has made the memory so vivid for me. 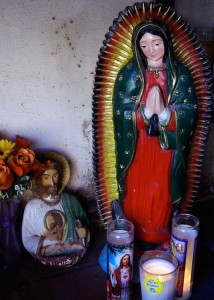 I remember the feel of the pews. The wood was so thickly lacquired and smoothly polished that you’d practically slide right off them if you didn’t pay attention. When we got to the kneeling parts of the mass, I would carefully lower the kneelers, trying not to let them creak too much. A couple times the kneeler slipped out of my hand and hit the floor with a loud thud. I am not the only person this has happened to. The trick is to look at the people sitting immediately around you so everyone thinks it was someone else that made that loud racket. 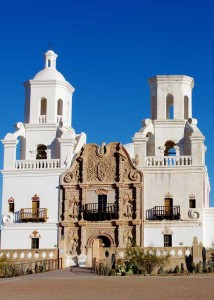 I remember sitting in the pews with my head leaned against my mother’s shoulder during the winter, when she would wear her muskrat coat to church. I would stroke against the fur line to raise the hair up and make it look darker, then smooth the surface back down again. I’d trace my name into the the silky, softness of my mother’s coat sleeve over and over again, then wipe the slate clean. 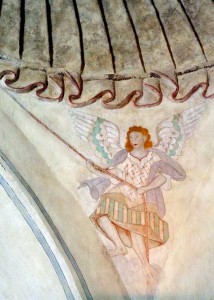 Most of all, I miss guardian angels. I had a pink plastic cross hanging over my bed, which had a glow-in-the-dark body of Jesus hanging on it. That was not comforting… What made me feel safe was the picture of a guardian angel leading a child past a snake that hung next to my bed. I treasured the idea of having a winged creature watching over me and keeping me safe from harm. 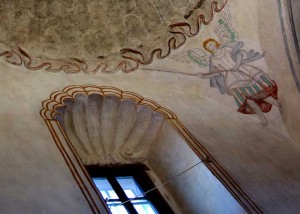 Sometimes I wonder if I should go back to these roots where angels watching over me was not only a possibility but a protective shield against everything that was too much for a child to handle. I wonder if perhaps, I still need angels, holy water, and incense to cleanse away all that threatens and hurts. Or do I simply need to recall that feeling of protection that came from a child’s willingness to trust and believe. 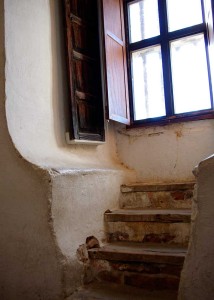 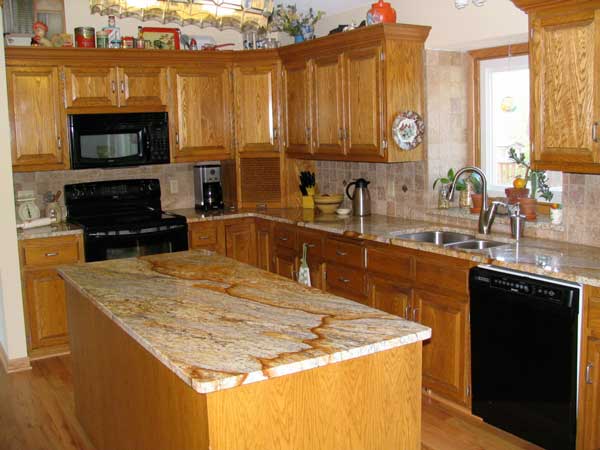 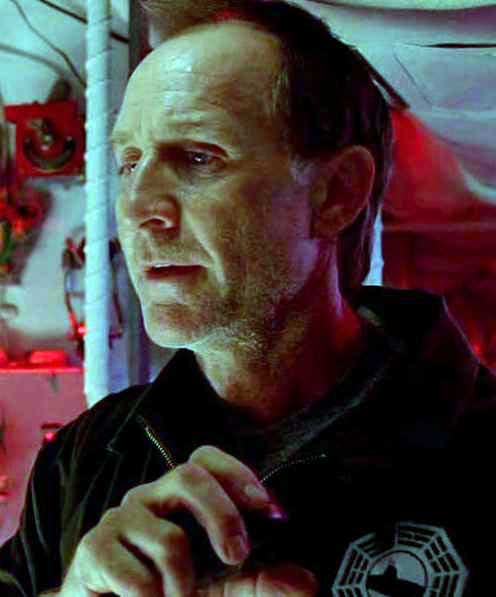 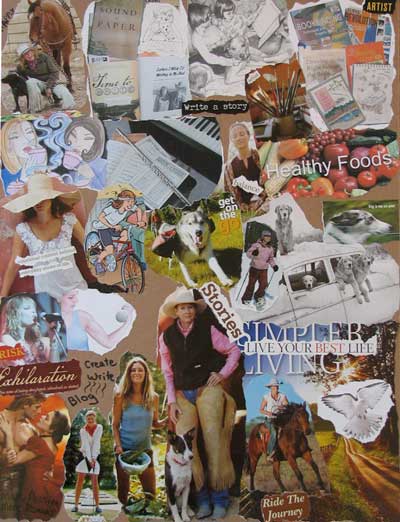 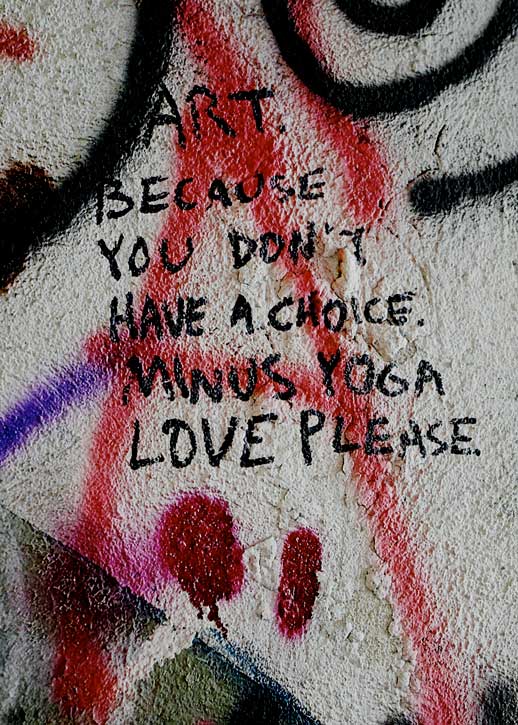