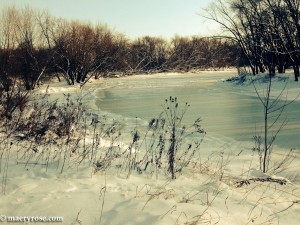 I apologize if gardening isn’t your thing but I feel compelled to start off by giving a salad table update as the greens have taken off and can’t we all use a touch of green at this time of year? Indoors, the lettuces and kale don’t have the problem of getting leggy due to lack of sun, but artificial light carries other issues.

Even though the light has been raised a couple of times now, the kale, the tallest plants, have gotten a bit sunburned. The outer plants are struggling and have been rearranged where possible. I’ve given up growing plants in some light lacking areas of the table. The plants also seemed to be affected by the heat of the light so a fan has been added. 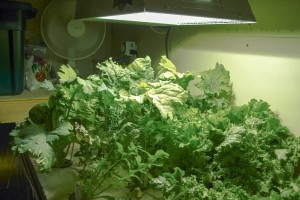 This combination of heat and fan appears to make the water evaporate more quickly. My house has benefitted from a shot of humidity. However, as delightful as this is to my nose and skin during the dry conditions of winter, the woodwork around my windows is suffering from the damp drippings. Replacing bad windows is one of those things I keep putting off…

Last weekend, a cold snap started, but somehow, if the sun is shining, there isn’t much wind, and I’m outside doing something fun in the snow, the cold doesn’t bother me as much as it does when I’m sitting in my cubicle with a sweater draped over my legs, drinking gallons of hot tea, wearing fingerless gloves, and debating whether to put my winter boots back on. 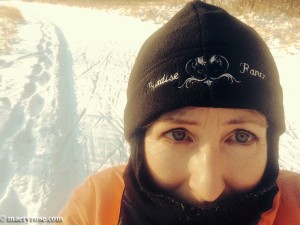 Steve and I took advantage of the 6 inches of snow on the ground last weekend, and went cross country skiing at Rum River Park. It was kind of cold until my face became numb and then it was fine. 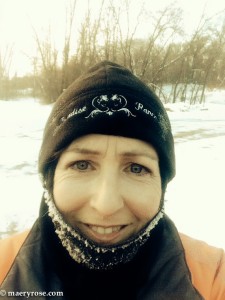 When I stopped to take a photo, I was amazed at how quiet it was. You don’t realize how much noise we are surrounded with until it’s removed and you get to hear nothing. And when nothing is broken by the sound of a hawk calling, and you look up to watch the path of its flight, if you’re like me, you fly with the bird, lightened and renewed. After a pause, I was ready to return to the rhythm of skiing.

When I was getting ready for bed a couple nights ago, I heard what used to be the song that comforted me and made me feel I was in the right place that first winter I spent in my new home.  I ran to the window and stood very still. There it was, two owls calling back and forth to each other.

The owls I heard that first winter I lived here, disappeared the second winter at my house, and I felt lost. Had I done something wrong? If you are religious and even if you’re not, this may sound hokey and silly but it was like having a spiritual guardian leave.

There have been days when I’ve asked for nothing more than to hear that soft hoo hoo hooooo again. The owls were a gift when I needed one. Maybe they thought I didn’t need them anymore, but I did. And I do. Or at least, I still feel the longing for something wild and mysterious to hold me with nothing more than a sound that comes in the dark.

Once in a while, there they are, those invisible birds. They’re not a regular part of my life, not right outside my bedroom window anymore, but an unexpected reassurance that they are not completely gone. And for a while, I am re-anchored.

I hope someday I will simply carry — whatever that lift, that peace, that hope, that reassurance that they give me — that it will just be inside, not tied to something external and symbolic, but simply there.

I want to be the owl I saw several winters ago — dive bombed and taunted by crows, he remained completely untouched by their actions and heckling calls. It’s funny, the teachers that are out there, if you just open your eyes and ears. 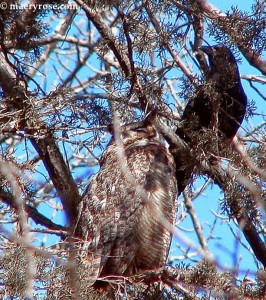