We forget sometimes how much the world can hurt.
It can hurt people we love,
people we don’t,
people caught in the middle,
even people who would give anything to never, ever get hurt again.
But sometimes the hurt can’t be avoided,
It’s just coming at us and can’t be stopped.
It’s in us and can’t be seen,
or is lying next to us in the dark, waiting.
But sometimes it doesn’t come at all.
Sometimes we get this other thing that flutters down out of nowhere,
and stays just long enough to give us hope.
Sometimes rarely, barely, but just when we need it the most
and expect it the least,
we get a break.
(from In Plain Sight, April 7, 2010, USA Network)

Hurt can be like a seed planted by another person in our life, but we end up being the one that waters it and keeps it growing. At some point, the damage is self-inflicted and becomes our own fault and responsibility. 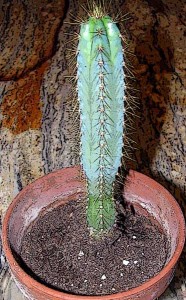 It’s a lot of work not to get stuck in the past, to not let those hurts define me. I used to think the right person, the right situation, the right job, some “break” would erase the hurt and make me whole again. It doesn’t work that way. I either see myself as whole and complete or I don’t. Nobody and nothing on earth is going to make it all better for me. And if I don’t stop looking behind me, I may not even notice what’s right in front of me.

Checking the rearview mirror and taking a look over your shoulder before you make a lane change is a good idea, but that’s it, just a glance, before you focus back on what’s in front of you. Because that’s what matters now.

0
« Downtime and Done Time
Right Rider for the Right Horse »