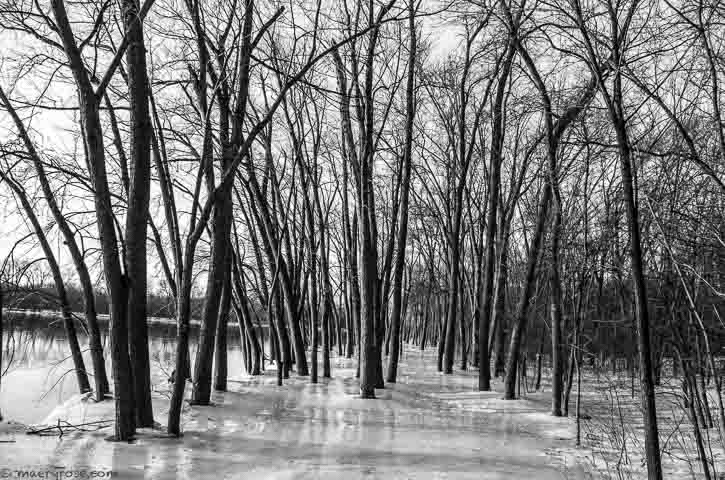 The ice queen was born during an avalanche of sorts. Of course, all the trouble began with a war. There was a difference of opinion. It’s hard to remember what it was all about. It was so long ago.

People chose their sides. Walls were built. The people the queen loved the very most left for the other side of the wall. She didn’t understand why, but it didn’t matter. Nothing she said or did would stop them.

The queen pushed on, but one day she broke her favorite coffee mug, her cat disappeared and her magic wand ran out of battery power and she couldn’t find any AA batteries in the castle. The queen slid down to the floor, the contents of her junk drawer scattered around her and she began to cry. She kept crying and crying until a creek began to run through the castle. She still kept crying until the creek became a river and the river began to rage and the queen’s furniture and clothing and kitchen appliances were carried away in the flood.

And still she kept crying. If anything she cried harder. And she’d been crying so long that summer had turned to fall and then into winter and her tears became snowflakes and ice. The queen stopped her wailing for a moment when she heard a loud rumbling, followed by groans and creaking and crashing. 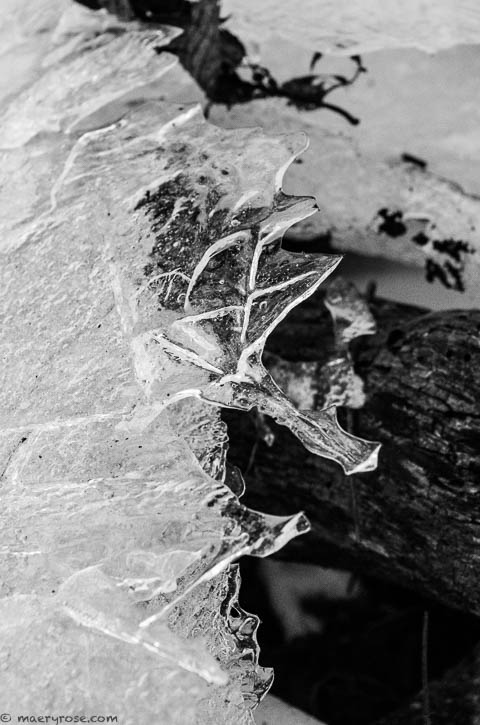 When she looked up, she saw a wall of snow coming towards her. The force of it shook the icicles that cascaded down from the ceiling and they began to crack and fall around her. The queen fell to the ground and covered her head with her hands to protect it.

One of the sharp shards of ice landed between the queen’s shoulder blades and pierced her heart just as sure as Cupid’s arrow. Only rather than bringing love, the icicle froze the queen’s heart mid beat.

The queen sat up straight. She realized that she no longer felt anything. Rather than being afraid or surprised though, the queen relaxed her shoulders and closed her eyes, which were no longer gushing out tears. It was a relief to no longer feel pain or loneliness, or guilt over the chaos of her kingdom.

Years went by, perhaps centuries. The queen went about her business, finding no pleasure in any of it but no pain either. She was willing to accept the trade off.

She busied herself raising food in her heated greenhouse and exploring the paths that ran through what remained of her kingdom. One day, as she walked through the forest, she heard a whining sound. She looked around but didn’t see anything. She heard the sound again and realized it came from a cave, a dark hole cut into jagged rock. 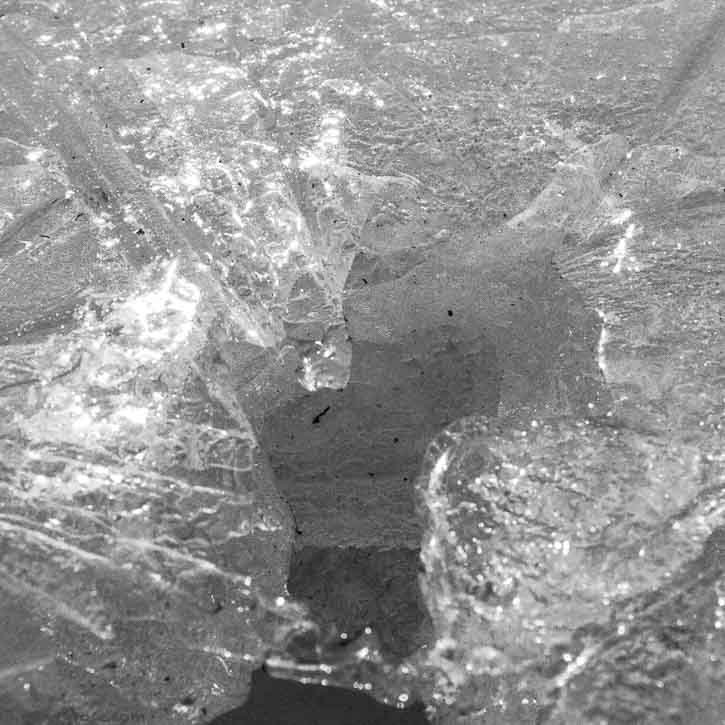 She walked towards the sound and peered into the darkness. She should have been frightened but since being pierced by the icicle, she couldn’t feel fear either.

She pulled her headlamp out of her pocket. Like any good queen, she was always prepared for the worst. She stretched the headlamp over her forehead, turned it on, and proceeded into the cave. The rocks were slippery, probably with residual tears. As she walked, the whining grew louder and more full of sorrow. The queen saw a dog lying in a an open chamber of the cave. When the dog saw the queen, she tried to get up but she was too weak and fell back onto her side. 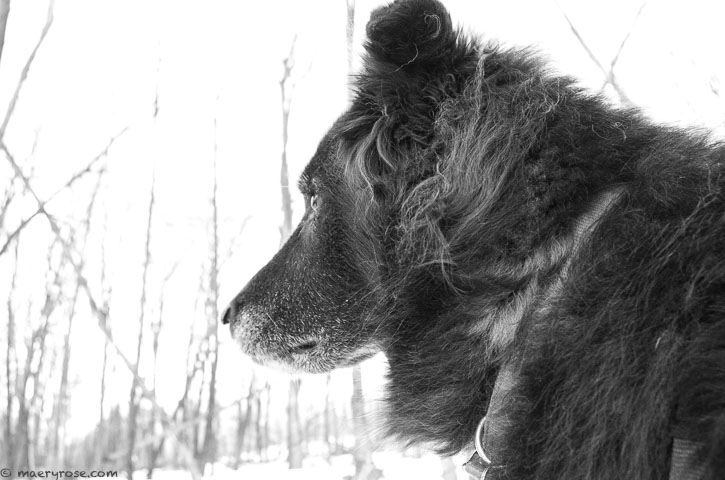 The queen bent down and found a rock of ice caught between the dog’s furry pads. Dried blood clung to the dog’s foot near where the ice had cut it.

The queen held the paw close to her lips. She knew her dentist would not approve, but this was an extreme situation, so she began to chew away at the ice until none of it remained. The queen tore an edge of material from her dress and wiped away the blood and dirt, then wrapped the material around the dog’s foot.

Next she pulled a bottle of water from her pocket because, of course, she carried one of those too. She poured some of the water into her palm and helped the dog lap it up. From her other pocket, the queen pulled out a protein bar, broke off a chunk and fed it to the pup. 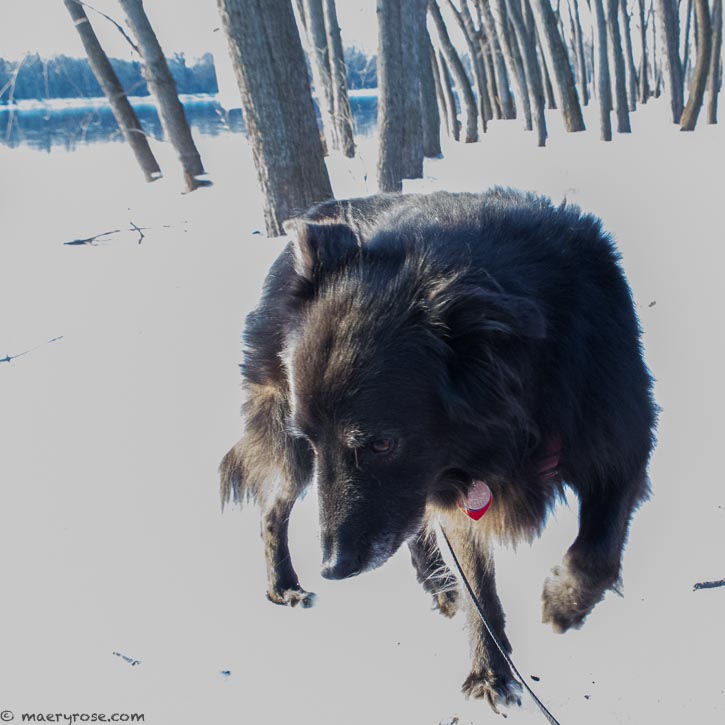 The dog, feeling quite renewed, leapt to her feet and began dancing around the cave, standing on her back legs and hopping, then turning in circles until she fell down in a heap on the cave floor. The queen rushed toward the dog in concern until she saw the mangy mutt smile and begin wiggling around on her back in glee.

The queen felt first one side of her mouth and then the other pull upward. What was this? she wondered.

The queen turned sharply toward the cave entrance when she heard a strange sound, but no one was behind her. Then she realized, the sound came from her own lips.

It was laughter! Loud and rawkus and so unlady-like. There were guffaws and snorts and wheezing — she could barely breath she was laughing so hard.

As the queen’s laughter quieted to a grin, she noticed a damp feeling between her shoulder blades. She reached around to her back and discovered the icicle had melted. 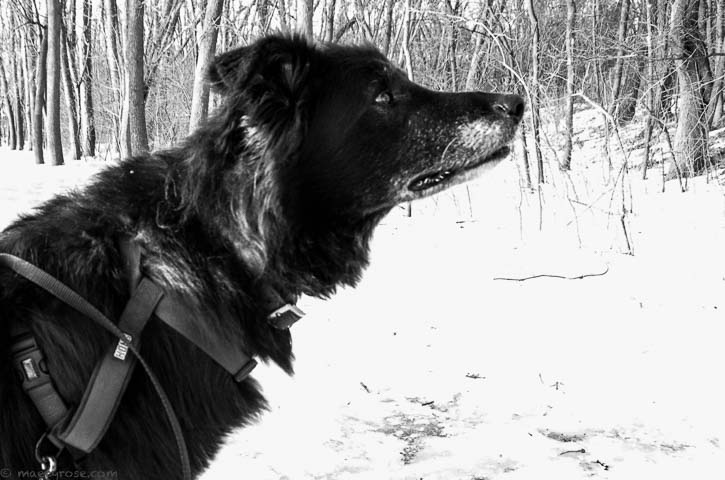 The queen whistled the dog to her side and they began walking back towards the castle where the queen started up a rescue shelter and began taking in all the stray displaced animals in the kingdom. People began to return to their homes and stopped by the castle to find their own pet or adopt a friend that needed a home.

And everyone lived happily and sometimes sadly ever after. But whatever their feelings, they were glad they weren’t alone.

« Thinking About What Was, Is and May Be
To Get Unstuck, Settle for What You Can Manage »