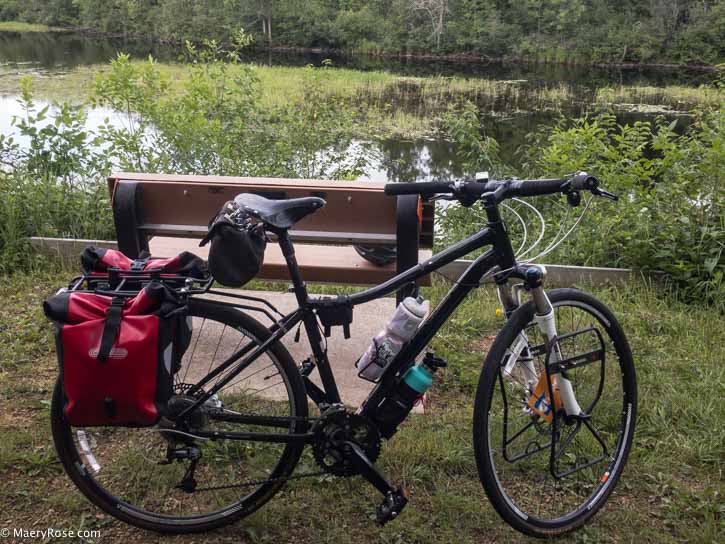 The following is the story of my 60 mile bike ride where I focused on what my aging body can do, instead of what it can’t.

I sat down at our Moose Lake campsite after biking 32.8 miles from Hinckley to Moose Lake State Park. My knees and hips had begun aching by mile 22, when I was in Willow River. There, I sat down at a public picnic table near the trail to have water and plantain chips (I’d forgotten my protein bar). A local cat rubbed up against my legs, begging for attention.

I’d also stopped so I could sing happy birthday to my sister the way our mother used to sing it — the breathy Marilyn Monroe version. I didn’t quite do our mother’s voice justice, but I did look especially flushed and dewy in the video.

The bike ride had been mostly on level paths that were shaded by a wall of trees on both sides of the trail. It was warm, but the shade and the air flow from riding provided their own natural air conditioning.

The trees stood like regal guards, watching over my safe passage. I crossed over creeks and wetlands, my wheels bumping noisily against the boards of the bridges. At one point, I saw a red tail hawk feather on the path. I had to turn around and go get it, believing that it would help me fly along what remained of my ride as I could feel the fatigue set into my legs by that point.

The biggest challenge was how torn up the trail surface was with cracks, raised areas and chewed up portions that I assume were caused by snowmobile use in the winter. I could also feel the added weight of my two panniers, where I carried rain attire, first aid, and other things I might need en route.

After arriving at the Moose Lake campground, I sat in our screen tent with Java and Latté, while Steve did all the work of setting up the rest of the campground. Steve and the dogs had arrived hours before me but had been out hiking until our campsite was empty of the previous night’s campers. 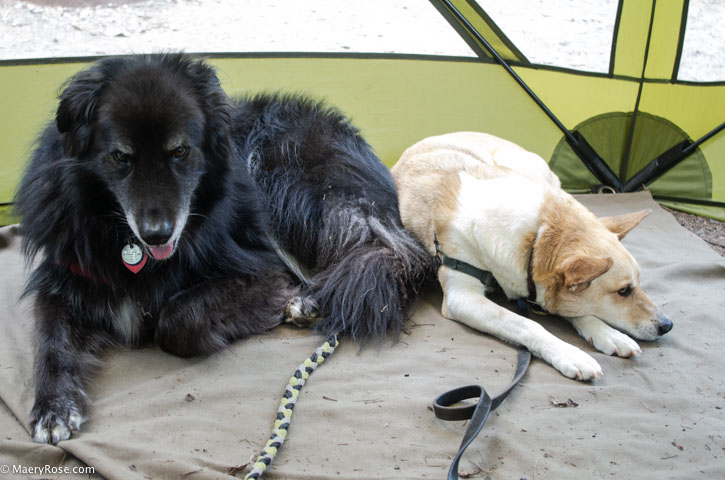 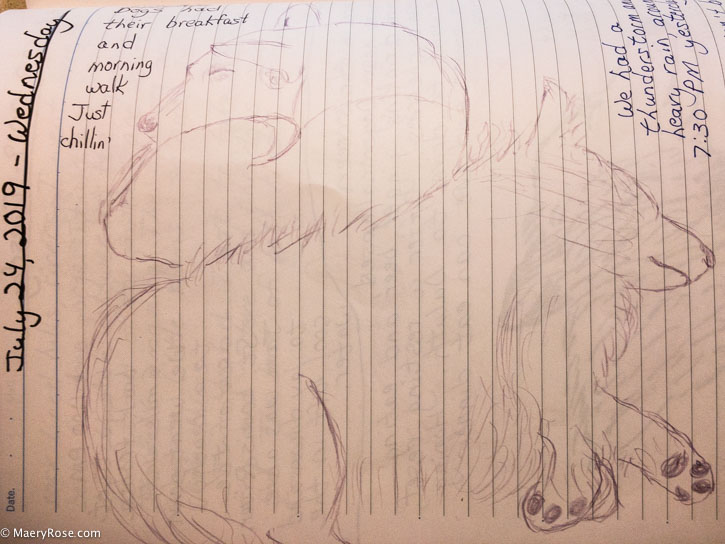 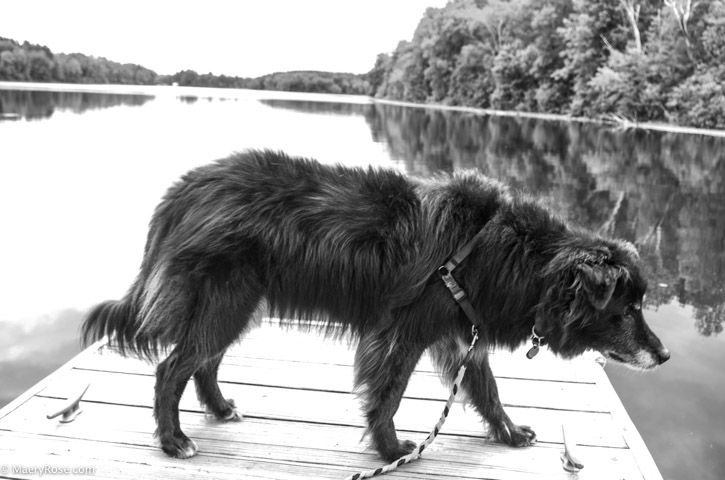 The next day, I rode from Moose Lake to the Jay Cooke State Park campground, which ended up being a little over 26 miles. The rough surface of the trail continued to be a challenge and riding against the wind was not pleasant. The first section I rode mainly ran next to a county road. There was very little shade and traffic was sparse but visible and hearable. The temperature on my bike was showing between 86 and 91 degrees Fahrenheit.

I thought I saw a hawk circling overhead, but when I spotted at least five large birds, I realized they were Turkey Vultures. I told the carrion seekers I was in rough shape but not that rough. I had to conserve on my phone battery so the music that helped drive me forward consisted of me singing acapella songs such as “Slow Ride.”

As I drew closer to Jay Cooke, the scenery got downright gorgeous. I was back in the trees and protruding rocks began appear among the banks of grass. When I reached the town of Carlton, I lost the Willard Munger trail and entered the Alex Laveau trail. That didn’t seem right. Fortunately, another bicyclist was going by and I asked him how to get to the Jay Cooke Campground. It was a good thing I did as I never would have figured it out on my own, and Google maps is not always trustworthy when traveling by bike trail.

He was a super nice guy and we talked bikes, back pain, and handlebar adjustments before I continued on my way. My directional angel gave me many details I couldn’t remember, but, fortunately, I did remember this part: “You’ll cross a bridge over the St. Louis River. After that, you’ll turn right onto another trail. Don’t cross the second bridge or you’ll end up in Duluth.” 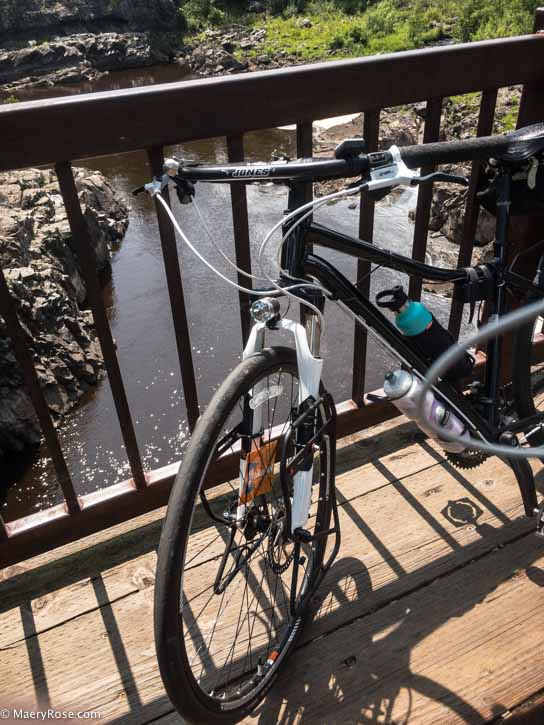 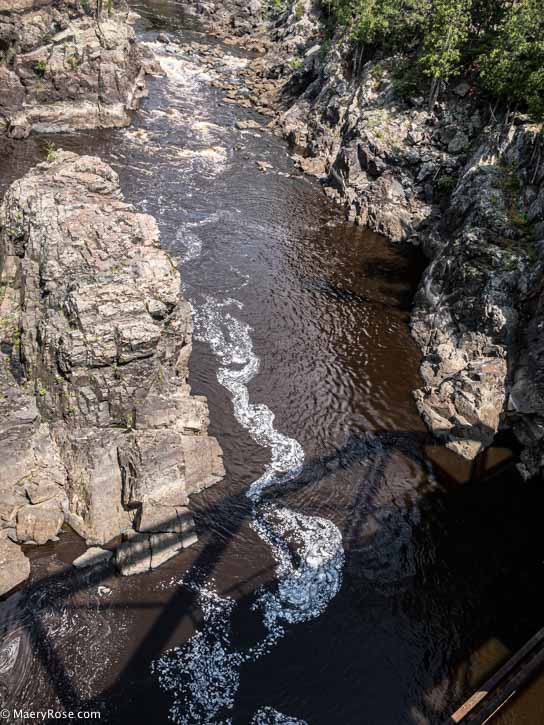 The first bridge was high over the St. Louis River. The view of the river rushing over the rocks was stunning! When I hit a second bridge, I turned around and found the bike trail I was supposed to turn onto.

Our campsite at Jay Cooke State Park was more private and quiet than the site we’d had at Moose Lake. When camping, one acquires a deep appreciation for the little things. The showers at the campground each had their own separate entry, with a bench and hooks to put your stuff on. It was super clean. I felt like I was at a fancy spa.

The next day we went on a six mile walk. It wasn’t challenging, just long and hot. We made our way down to the river where Java was able to lay down and cool off in the water. 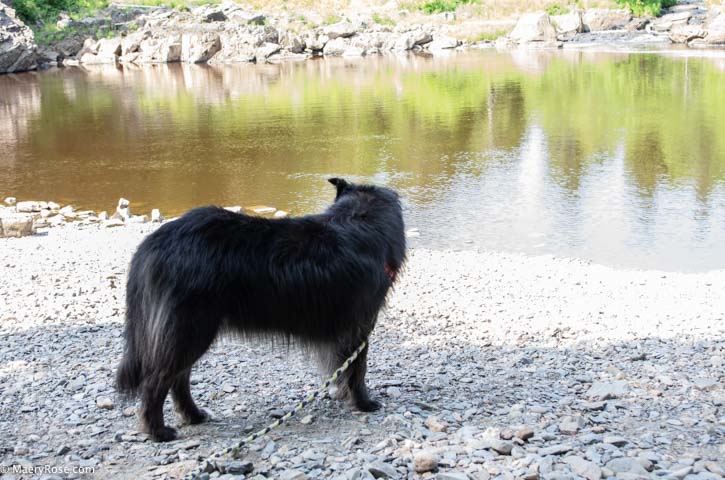 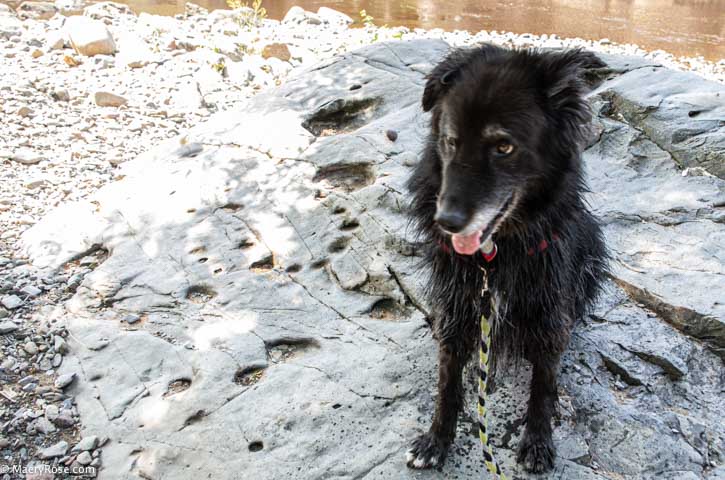 What I learned on my bike ride and in the hiking I did likely came from the intention I was holding when I began. The trip was about seeing what I could do despite pain and the strength and endurance that I’ve lost. It was about focusing on what my body CAN do, instead of what I want it to do. Everytime I stood and pedaled hard up a hill, I felt more alive. I felt more in my body. I felt a lot of gratitude for those muscles that were working so hard.

And every rocky slope my feet, knees and hips could navigate became joy. The jumps I made to clear a puddle or patch of muddy ground, turned into a childlike woo hoo! 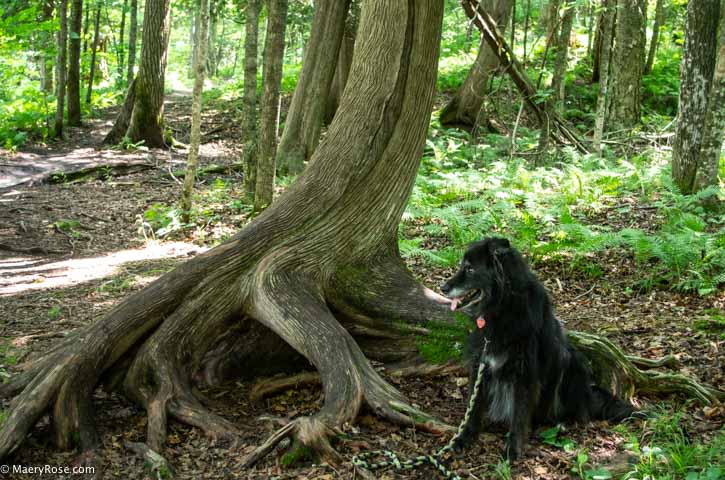 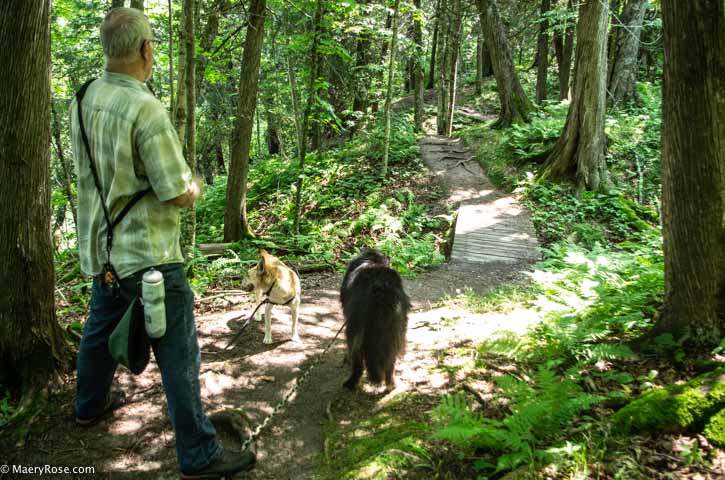 It’s a relief to focus on and love these things. To feel myself in my body—all of me—pain, strength, age, willfulness, injuries and playfulness. It’s all there. It’s a strange mix and not easy to get used to. I want to pick and choose what to keep, but I can’t. It’s all there.

But what a relief to recognize and accept, instead of being an external critic, judging the roundness of my tummy, the extra width to my thighs, the crepey skin that covers my body. I try to think of this skin as the crepe paper we put into a gift box or bag to hide the present. Under that skin, there is a lovely surprise for anyone who takes the time to see it.

That’s a tough statement for me to type. Do I really believe that?

Not always. But more and more frequently, I do. 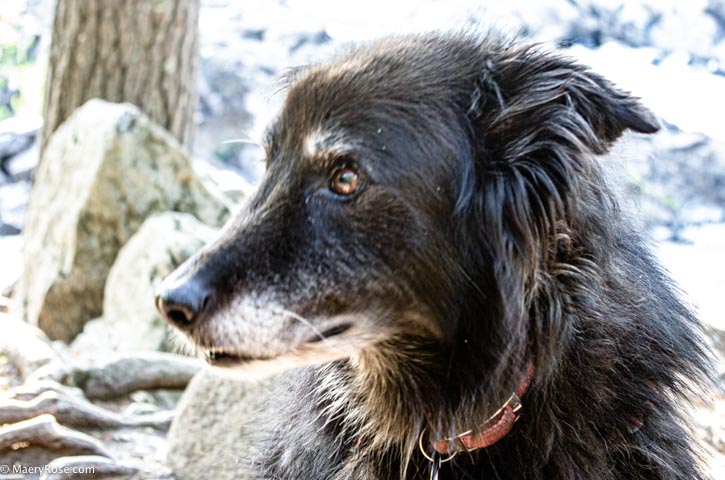 « When Life Gets Bumpy, Bracing Yourself Doesn’t Help
Friendships and Connections: How Many Do We Need? »