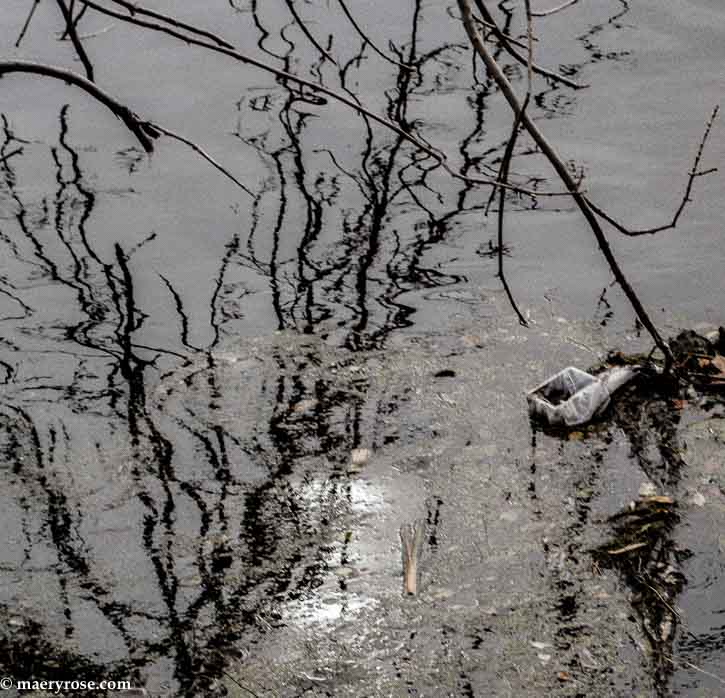 As much as I love to walk my dogs or ride my bike at the park and on trails, one thing that bothers me (okay, it downright ANNOYS me) is that some people don’t seem to appreciate the privilege of having a touch of nature amongst the housing and business developments. Lack of appreciation is one of the reasons I can come up with as to why people toss their soda bottles, chip bags, etc. on the ground as soon as the contents are empty. Laziness or anger at the world could be other possibilities.

My logic is that if I can carry a stinky bag of dog poop to the closest container, carrying a soda can there SHOULD be doable. Yet I find trash on the ground only a few yards away from the garbage containers. I get how it can be frustrating when there are no garbage containers in sight (as they seem to remove most of them as it draws closer to winter), but then carry your garbage out the same way you carried it in!

Now that I’ve got that pet peeve off my chest, here’s a more effective approach to the problem: I’m starting to carry plastic bags with me to pickup the litter I see and toss it into a trashcan myself. Yes, this feels somewhat futile because litterbugs will keep doing their thing and there will be a new mess on my next walk and it’s not fair that I should have to clean up other people’s garbage. Except that the mess that detracts from the natural beauty and the threat that trash can bring to wildlife is bothering me, not the people who made the mess. So if I want something to change, I’m going to have to take the steps to change it myself. 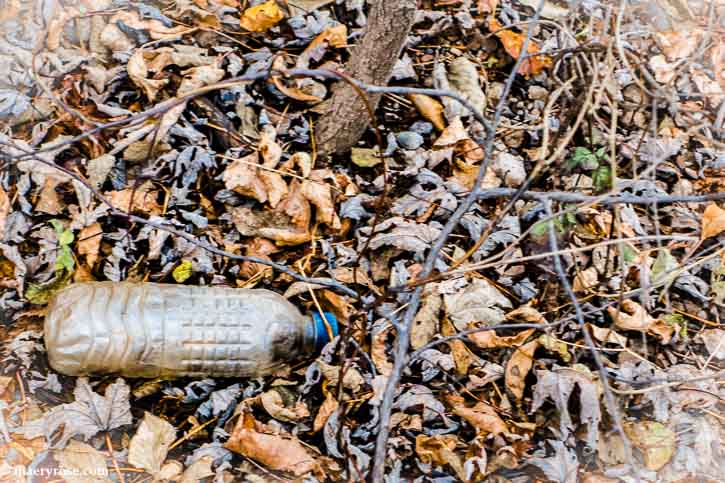 The first time I picked up trash, I discovered that one plastic bag isn’t enough. I also discovered that I was getting a few odd, prolonged looks from people passing by and it is possible that I will be nicknamed as the “Crazy Trash Lady.” But there are worse things in life.

The Path Less Pedaled has a video about how to fold and carry plastic bags so they aren’t just an annoying ball lumped into your pocket or backpack. It sounded like it wouldn’t make that much difference, but I tried it and they do fit better and more neatly in your pocket.

The other thing I discovered was that rather than feeling more angry and frustrated as I picked up cans and wrappers, I felt happy as I saw more patches of the woods and river shore free of crap. I haven’t yet figure out how to fish the garbage out of the river, beyond my reach. I was thinking that if I start carrying a net, I’ll really look conspicuous, but not really. There are a lot of people fishing. In fact, it’s along the areas people fish that I’ve found the most trash. So now I’m back to not getting it. If you want to catch decent fish to eat, why would you throw shit in their watery home? 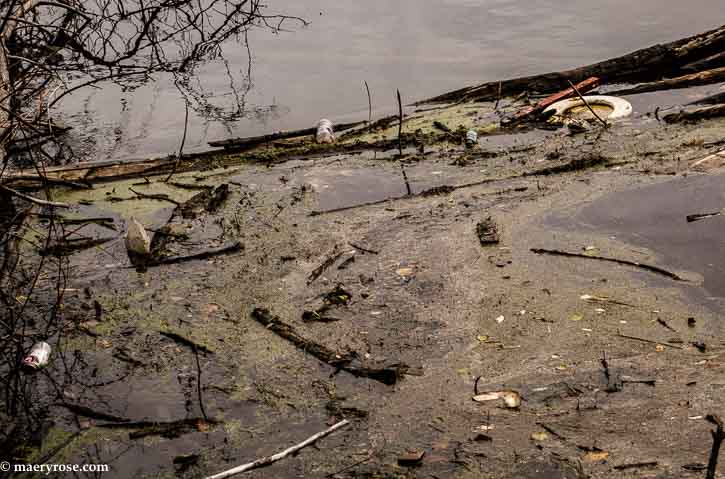 It’s beyond understanding. All I can do is keep packing my shit (and my dog’s) out and work on packing out other people’s shit now too.

I hold onto the hope that these little actions matter, even if I can’t actually see how they do. Maybe the path is improved for the next person passing through. 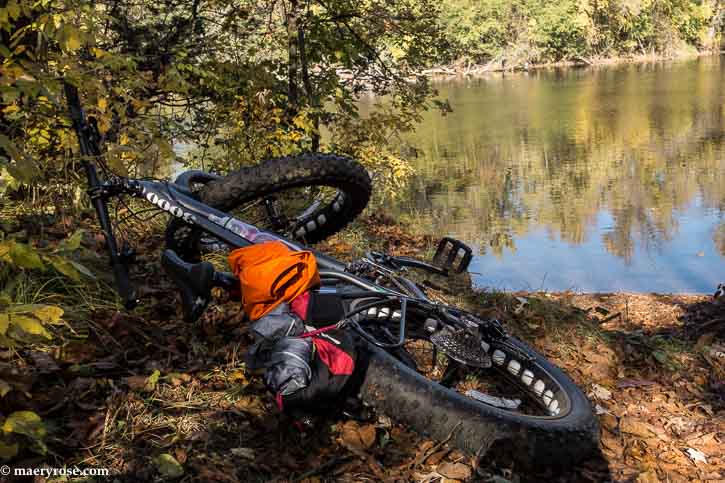