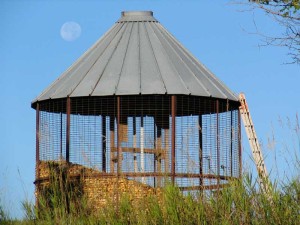 I haven’t been following the news lately. I stopped my newspaper subscription because the paper always seemed to go in the recycling bucket unread. I don’t watch TV news because the only thing I watch is a few programs that I record and view while I’m exercising. And I rarely listen to the radio so I don’t catch the news there either.
So I’m pretty much in the dark about Tiger Woods, Health Care Reform, and I have no idea what a Czar is beyond what I overhear people discussing at work. I get the New York Times headlines e-mailed to me every day but I’ve just been deleting them unread.
But last week I decided to come out from under a rock and check out the headlines. And what kind of article catches my eye? “For Elderly in Rural Areas, Times Are Distinctly Harder”.
The New York Times article contains the stories of some very gutsy folks. There’s a lady named Norma Clark who at 78 fell and broke her hip in 3 places while out by the horse corral. She somehow tied her legs together to stabilize the injury, managed to stand up and close the gate, then spent 3 hours dragging herself 40 yards across mud and snow to the house. Once there, she didn’t call 911 but instead called her daughter to come feed the horses. People who love their animals are something else.
I’ve had a little bit of exposure to what happens to the elderly that have to leave the farm.
There’s a man down the road that had all his things auctioned off this past fall. I met him about five years ago when he wandered to our house, I believe out of loneliness. And from the way he talked about his horses and his escapades with horse training, I know he loved those animals dearly. Yet, a couple years ago, this same man ended up in the newspaper for “abusing” his horses. I believe he just could no longer take care of them, and either didn’t realize how badly their hooves had grown out or was too proud to ask anyone for help. The sad part of that is that no one living nearby either realized what was going on or did anything to help beyond reporting him for animal abuse.
There was a woman that sat at my Mom’s meal table at the nursing home. She was a tall, big-boned woman with the largest hands I’d ever seen on a female and they were good, strong hands, not like my Mom’s who’s hands were so badly deformed from rheumatoid arthritis she struggled with holding her utensils. The farm girl, with her long silver braid hanging down her back, often helped my Mom cut her food or open packets.
This woman had lived on a farm until she couldn’t anymore and ended up in the nursing home. She was 100 years old and still sharp, still getting around with her walker. But that ended one day too and I didn’t see her anymore but heard her crying piteously in her room for someone to please take her home.
The elderly in the article talk about being faced with the decision of leaving the home and the life they’ve known for so long, with all its sweet memories and familiarity, to go live where they don’t want to be because they can no longer go it alone, so far from the services they need.
But it’s not just rural folks that struggle with losing a way of life. I know many people in the nursing home had to give up their pets and missed them dearly. I can’t even imagine how awful that would be.
I think we need to do better by our elderly. If for no other reason than the selfish one that we’re going to be there someday too. Although, I hold out the hope that I will always live independently. I have an uncle who must be about 92 and is still driving, living in a townhouse, and is taking a trip to Ireland next year. I’m hoping I’ll be like him.
« Wintery Words
Skijoring We Will Go (eventually) »